Jamal Adams still is a young player, but the star safety managed to avoid a trap so many players have fallen victim to.

Few teams feed off bulletin-board material more than the New England Patriots. Despite what the infamously rigid walls of Gillette Stadium might suggest, the Patriots have their ears open to the outside noise and will use any sense of doubt as motivation. This was made evident last season when Tom Brady’s burning desire to prove the haters wrong fueled New England all the way to Super Bowl LIII.

Players often will unintentionally fire up the Patriots, as it can be easy for reporters to bait athletes into giving up spicy soundbites or take them out of context altogether. As such, it’s always best to err on the side of caution when talking about Bill Belichick and Co., something Adams clearly already has learned during his short time in the AFC East.

When asked Tuesday when he believes New England’s dynastic run will come to an end, Adams instead offered praise to the New York Jets’ rival.

“Well, obviously, hats off to those guys. Hats off to that organization,” Adams said on ESPN’s “First Take.” “They’re well-coached, they do it right all the time and they do the little things the right way at all times. That’s what matters the most in this league. They finish in the fourth quarter. A lot of teams do not finish in the fourth quarter and they do an outstanding job in all three phases. So hats off to ’em.

“We just got to keep competing. Every time we compete against those guys we want to go out there and get a victory. But we got to play all four quarters on all three phases and we just got to give them a run for their money. We’re just looking forward to the matchup. Hopefully, it comes soon, but at the end of the day, we got to play team ball to beat those guys, man. That’s a tough group.”

The 2018 Pro Bowler won’t have to wait very long for the Jets’ first matchup with the Patriots in the 2019 season. New England will welcome New York to Foxboro for a Week 3 showdown Sept. 22. 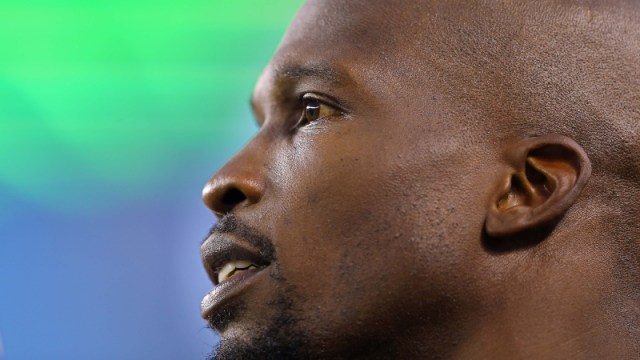