If you’re an avid baseball fan and are able to watch a lot of games, you probably notice some small talk happen between the batter and first baseman.

Usually, the two are seen chatting and laughing for a brief moment. But have you ever wondered what was said?

“I guess the etiquette would be that you say, ‘Hey,’ and whatever happens from there happens,” Boston Red Sox infielder Michael Chavis told The Boston Globe’s Nick Kelly.

“Weirdly, I feel like it just keeps me relaxed,” he added. “It?s a borderline thing where you have to be focused, but if I get too focused, I get tense.”

Brock Holt, however, shared a hilarious story about a time he was hit by a pitch back in May of 2018 that went beyond the simple “hey.”

The utility guy was hit on his rear end and told then-Toronto Blue Jays first baseman Justin Smoak he’d send him a picture if it bruised up.

“I’m like, ‘Yeah. Whenever it bruises up, I will send you a picture,'” Holt said. “He goes, ‘Please don’t.’ A few days later, it started bruising up, and I knew it was a perfect ball. A dark, black bruise.

“I don?t think he wanted to get a picture of my butt cheek.”

Red Sox first base coach Tom Goodwin witnesses all the conversations that take place, but said he leaves the runner and first baseman alone when they happen. But sometimes he will use a specific code word to communicate with his runner in hopes to throw the first baseman off base.

“It?s funny, because you want them to do the same stuff they do if we have something on or if we don?t have something on,” Goodwin said. “So that the guy at first base doesn?t come to grips and say, ?Uh oh, he didn?t talk to me this time. There must be something on.?

“It’s a little cat-and-mouse game, I would say, but it doesn?t stop guys from doing their jobs.”

The more you know. 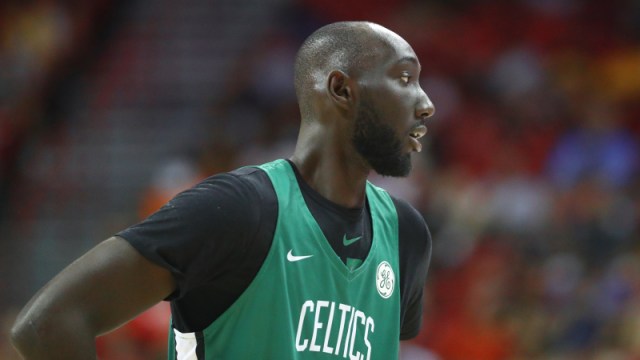