Nate Diaz is a national treasure.

Coming off a three-year break, Diaz defeated Anthony Pettis via unanimous decision in their welterweight bout at UFC 241. It was a spirited affair, with the brawling, entertaining Diaz eliciting cheers from a sold-out crowd in Anaheim, Calif.

During a post-fight appearance on ESPN, Diaz lent his “commentary” on highlights of his own victory. The results were predictably hilarious.

Elsewhere, Stipe Miocic reclaimed the heavyweight title after knocking out Daniel Cormier in the fourth round of their fight at Honda Center. 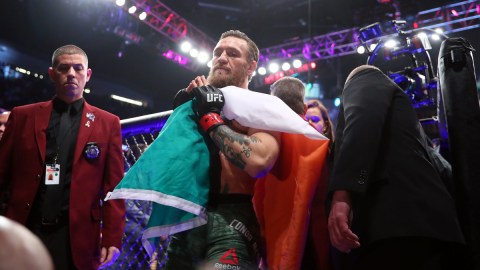