DETROIT — Some assorted notes and nuggets from the New England Patriots’ preseason-opening 31-3 demolition of the Lions on Thursday at Ford Field:

— The newly implemented pass interference rule has been a prominent topic of conversation in recent months, and Bill Belichick had two opportunities to test it out against Detroit.

Replays showed wide receiver Maurice Harris might have been interfered with on two long would-be touchdown passes from Jarrett Stidham that slipped through his hands, but Belichick declined to challenge either play.

Asked why after the game, Belichick replied: “It’s just… I don’t know. Maybe I’ve got to get used to the new rules.”

Harris said he didn’t try to lobby Belichick to throw the challenge flag.

“Nah, I stayed away from that,” said Harris, who caught a touchdown pass from Brian Hoyer earlier in the game. “I just have to try to make the plays that are given to me, so I’ll continue to work and improve to try to do that.”

Belichick’s counterpart, Matt Patricia, did challenge what he believed was interference by Patriots cornerback Joejuan Williams on wideout Travis Fulgham. The officials reviewed the play and disagreed. The no-call stood.

“I think right now with the preseason, I think a lot of us, coaching-wise, we?re just trying to figure out how this is all going to be officiated,” Patricia explained to reporters. “Any opportunity I thought that may come up in the game where I thought that maybe would be an opportunity we can see how they officiate it and we want to take that situation. It doesn?t really matter what we think of it either way, it?s just I want to know what they?re going to look at and how they?re going to evaluate it.”

The first-round draft pick played just three snaps before leaving the game with an apparent leg injury but made two eye-popping catches: a fully extended diving snag to move the chains on third-and-10 and set up the Patriots’ first touchdown…

… and a leaping back-shoulder grab over cornerback Jamal Agnew on what proved to be his final play.

We wrote Thursday that Harry needed to prove he can create separation on a consistent basis, but he’s already the best contested-catch artist the Patriots have. The Arizona State product has been making receptions like these on a near-daily basis since the start of training camp.

?He?s done a good job — all camp, really,” quarterback Brian Hoyer said. “It?s something where I felt comfortable throwing to him, and he did a great job tonight.”

— As is tradition in the preseason, running back Brandon Bolden was given a heavy workload, carrying the ball 12 times for 41 yards and catching two passes for 19 yards. Undrafted rookie Nick Brossette saw even more playing time, finishing with 66 yards and a third-quarter touchdown on 22 carries.

But in an unexpected development, third-round draft pick Damien Harris remained on the sideline for the duration of the evening. Harris has performed well in practice this summer and was expected to play a significant role in New England’s offense with Sony Michel, James White and Rex Burkhead all sitting out.

— One Patriots player who did not have a good night — the only one, really — was slot cornerback Duke Dawson, who’s struggled throughout the summer.

Dawson surrendered a 24-yard completion to Brandon Powell on third-and-10 in the opening minutes and a 29-yarder to Tom Kennedy late in the game that helped set up Detroit’s lone score. He also was penalized twice: once for 12 men on the field and once for defensive holding on Kennedy’s big gain.

— Rookie punter Jake Bailey, not Stephen Gostkowski, took all of six of the Patriots’ kickoffs. Bailey also punted in the first half before giving way to incumbent Ryan Allen after halftime.

— Wide receiver Gunner Olszewski and tight end/fullback Andrew Beck both took handoffs out of the backfield.

Get GostOWSKI outta here and bring back Gostkowski @Patriots pic.twitter.com/U817ZH3SXv 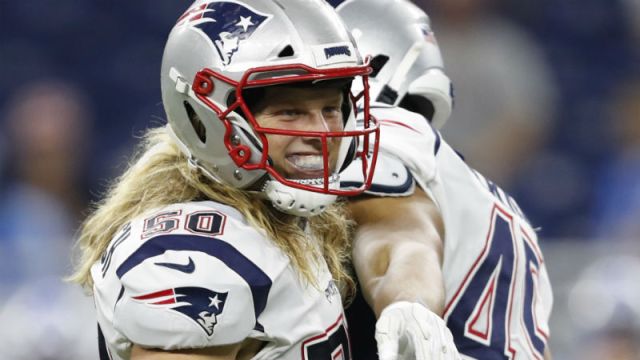 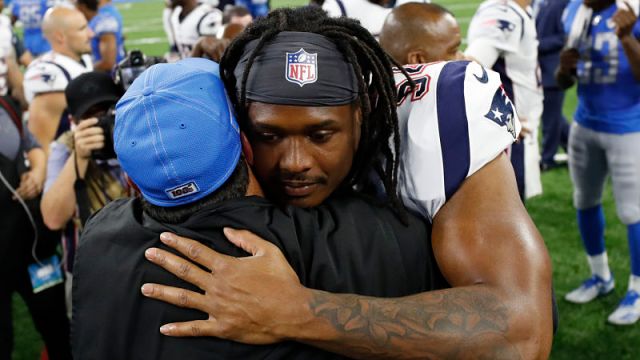