The Boston Red Sox will be quick to put Saturday afternoon’s game behind them.

Nothing went right for the Red Sox in their 9-2 loss to the New York Yankees in Game 1 of a doubleheader at Yankee Stadium. Boston was tabbed with two ejections, received a lousy outing from Chris Sale and saw the bats go down quietly. The Red Sox effectively waived the white flag in the seventh when they took out the top three hitters in their lineup.

GAME IN A WORD
Beatdown.

The first-place Yankees flexed their muscles while further strengthening their spot atop the division.

ON THE BUMP
— The Yankees jumped on Sale from the get-go, as D.J. LeMahieu laced a solo home run to the lead off the game. Sale proceeded to hit Aaron Judge on the next at-bat, but managed to leave the opening inning with just the one run scored.

The next two frames were a breeze for Sale, who faced the minimum six batters and struck out three. The fourth inning, however, was when all the wheels fell off.

Edwin Encarnacion led off with a single and Gio Urshela followed suit two batters later. The Yankees continued to chip away, as additional knocks from Kyle Higashioka and Breyvic Valera helped produce New York’s second run. The latter also prompted a mount visit from Alex Cora, who was ejected after letting home-plate umpire Mike Estabrook have it. It went from bad to worse for the Red Sox from there, as Brett Gardner roped a two-run single and LeMahieu smacked a three-run shot to give the home team a seven-run lead.

DJ LeMahieu with his 2nd HR off of Chris Sale today!

Sale failed to record the final out of the frame, as a Judge ground-rule double ended the southpaw’s afternoon. Sale expectedly had a few words for Estabrook on his way to the dugout which prompted his ejection as well. When all was said and done, Sale tossed 3 2/3 innings in which he allowed eight runs on nine hits.

— Colten Brewer allowed an RBI single to Encarnacion before finally logging the final out of the fourth.

— Josh Smith worked around a leadoff double to toss a scoreless fifth. The sixth wasn’t as kind to the right-hander, who allowed a run on two singles. Smith responded by logging a 1-2-3 seventh inning with a strikeout. He finished off his four-inning outing by working out of a bases-loaded jam in a scoreless eighth.

IN THE BATTER’S BOX
— Andrew Benintendi walloped a 436-foot solo homer in the second. He was the only Red Sox to post a multi-hit game, as he added a single in the fourth.

We might be in for a good one today. pic.twitter.com/uETElTsZlS

— Jackie Bradley Jr. tagged his 12th home run of the season in the fifth inning.

— Rafael Devers and J.D. Martinez were the only other Red Sox starters to record hits.

TWEET OF THE GAME
The Bronx hasn’t been kind to Sale.

Three starts at Yankee Stadium this season for Chris Sale:

UP NEXT
The Red Sox and Yankees will battle in Game 2 of their doubleheader Saturday night. Boston will give the ball to Brian Johnson, while New York has yet to name a starter. First pitch from Yankee Stadium is set for 7:05 p.m. ET. 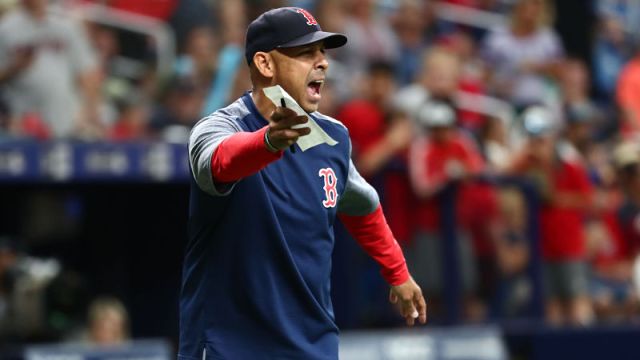 Alex Cora, Chris Sale Ejected From Red Sox-Yankees After Blowing Up On Umpire 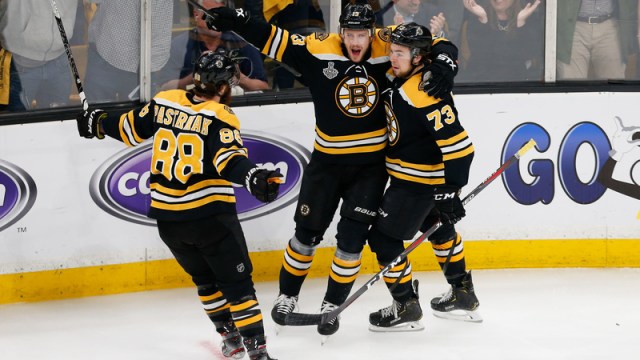