Tom Brady has his methods to success down to a science, but little do we know how deep they truly go.

Brady, who turned 42 on Aug. 3, has collected six Super Bowl rings, 14 Pro Bowl appearances, three MVP awards and been named to three All-Pro teams, among a host of other honors. Behind all of the accolades and fame, the best quarterback of all-time has stuck to the same set of shoulder pads. In fact, he’s worn the same ones for the last 25 years.

“I?ve worn them for 25 years,” Brady told NBC Sports Boston?s Tom E. Curran on the “Quick Slants” podcast. “They?ve gotten reconditioned a little bit. But I think once you find something you like, you kinda stick with it, and I?ve always kind of liked the way they felt, the shape of them.”

Brady began his collegiate career at Michigan with these exact shoulder pads and has been comfortable in them ever since. But this is the first season the New England Patriots quarterback will have to switch helmets, as his old Riddell model is no longer on the NFL’s list of approved lids.

“I?ve been wearing the same thing for a long time,” Brady said. “I?ve been wearing the same thing for forever. You get used to one thing, one feel. This (helmet) is a pound heavier, so it?s 25% heavier on your head. That takes a lot of getting used to. I wish it was lighter. I tried to make it lighter. They couldn?t make it lighter. … Add 25 percent to your pen or 25 percent smaller keys on your keyboard and tell me how that feels. That?s a little different.”

Players not enjoying equipment changes is something that’s come up quite a bit lately, but Brady’s adjustment has been much less publicized than that of a Bay Area wide receiver’s. 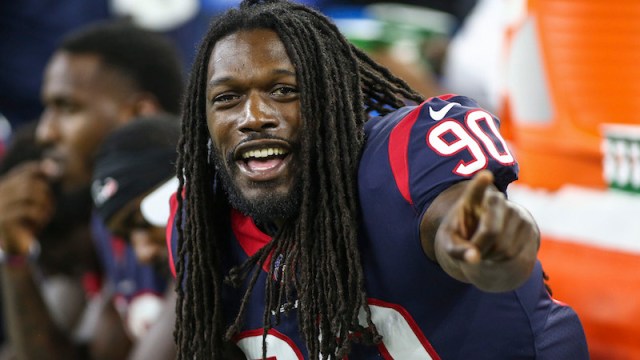 NFL Rumors: Are Wheels In Motion For Jadeveon Clowney Trade To Seahawks? 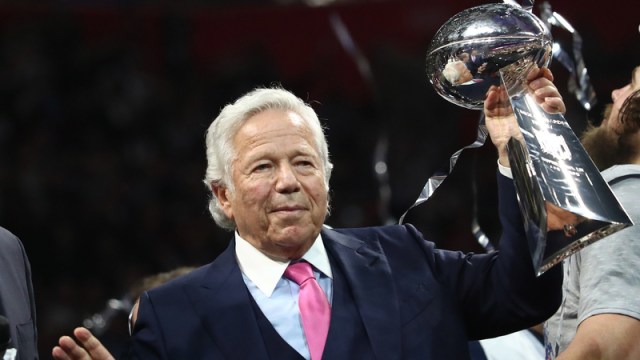 Ex-Patriot Reveals How Robert Kraft Supported Him After Coming Out