Why Colin Cowherd Doesn't Want Tom Brady To Play For Another Team - NESN.com Skip to content

Tom Brady appears hell-bent on playing until he’s 45, but will his twilight years be played in New England?

Brady effectively is on a one-year deal with the Patriots, as the final two years of his “extension” immediately will be voided upon the conclusion of the 2019 NFL season. In turn, the 42-year-old next offseason will be eligible to become a free agent for the first time in his historic career.

It’s tough to imagine Brady throwing passes for any other team than the Patriots. Colin Cowherd, for one, doesn’t even want to entertain the possibility. When asked Thursday if he’d rather see Brady retire after the upcoming season or play for another team, “The Herd” host echoed the sentiments of New England fans while throwing a bit of shade at one of the league’s perpetually mediocre franchises.

“I’d rather see him retire. I cannot — I never want to see Tom Brady in a Cincinnati Bengal uniform,” Cowherd said on FOX Sports 1. “I just can’t do it. I can’t see Derek Jeter wearing an Oakland A’s uniform or Kobe Bryant wearing a Charlotte Hornets uniform. Listen, man. You know I love Brady, but one more great year and then that’s it. I think he’d regret it 10 years later. He’d see that picture in a Bengals uniform and he’d be like, ‘Ugh.’

Would you rather see Tom Brady retire or Tom Brady play for another team?

Would you rather see Cam Newton lead the Panthers to the playoffs or Cam?s last season in Carolina?@ColinCowherd chooses between extreme NFL scenarios pic.twitter.com/lgSajusfqr

It feels as though the rest of Brady’s career will pan out in one of three ways. Retirement after the 2019 season is entirely possible, but if he’s still playing at a high level this time next year, one has to imagine Brady and the Patriots will work out another short-term agreement. But in the unlikeliest of scenarios where Brady and New England can’t come to terms and he’s still interested in playing, one would assume he’d only take his talents to a legitimate Super Bowl contender. At his age, joining a middle-of-the-road organization wouldn’t be worth the stress.

So despite what his contract and other related factors might lead you to believe, Brady’s future probably isn’t as wildly uncertain as it’s portrayed to be. 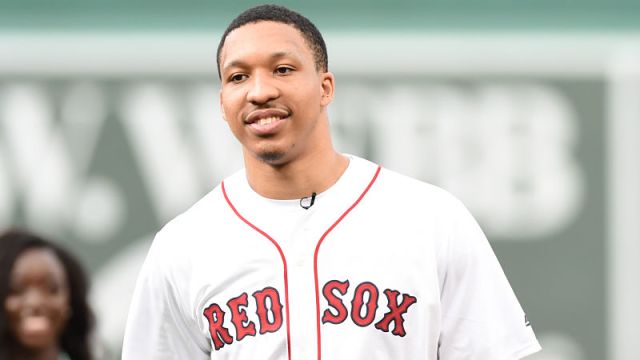 Eleven Things We Learned From Patriots’ Joint Practices With Titans