Antonio Brown Expectations: How Will Receiver Fit In With Patriots? - NESN.com Skip to content

New England Patriots head coach Bill Belichick really has his work cut out for him after Saturday’s signing of Antonio Brown.

Of course, if anyone in the NFL can handle the era’s preeminent diva receiver, it is Belichick. No one in the league is more respected, humbles egos and diminishes distraction better than Belichick.

Still, one league source with knowledge of the situation doesn’t have high hopes for Brown in New England for all of the reasons you might expect. Brown really ticked off folks with the Oakland Raiders by consistently putting his needs above the team’s. Through Brown’s frozen feet, his helmet saga and his issues with fines, the receiver was only concerned with himself as he constantly left the team in the dust by ditching responsibilities.

Unless he had a plan all along.

That same source relayed a theory that Brown wanted to force his way out of Oakland the same way he did with the Pittsburgh Steelers at the end of last season. The Steelers initially tried to trade Brown to the Buffalo Bills, but it fell apart. So, the Steelers received third- and fifth-round picks from the Raiders in a trade for Brown.

The Patriots reportedly were interested in Brown in March, and it seems the feeling was mutual. But there was no way in hell the Steelers were going to trade Brown to New England given the two teams’ rivalry.

On Saturday, The Ringer’s Bill Simmons relayed a conversation he had with Brown in February, when the receiver said he fit best in New England’s offense or with the Kansas City Chiefs. It makes sense that Brown would want to play for either team. It also makes sense why the Steelers wouldn’t want to trade him to an immediate contender.

It took a while, but now Brown might be where he wanted to end up all along. But he’s entering a complex offense when the Patriots will be one week into the regular season. It’s unlikely Brown will put up his regular gaudy stats in less than ideal circumstances despite the talent all around him on offense.

It also could take Brown a while to learn that Patriots offense. So, Patriots offensive coordinator Josh McDaniels might need to simplify things for the team’s new star wide receiver.

Brown does fit well with fellow projected starters Julian Edelman and Josh Gordon. Edelman usually splits his snaps between the slot and outside. Edelman likely will take on a bigger role in the slot than he ever has throughout his NFL career. Brown and Gordon can play in the slot, but they don’t do it regularly.

Think of Brown as being Deion Branch with a turbo boost. Brown likely will play the Z receiver role with Gordon in the X and Edelman in the slot. It’s a receiving corps with unbelievable potential that might even rival groups like Randy Moss, Cris Carter and Jake Reed with the late-90s Minnesota Vikings. It’s also a volatile group, and Brown will need to curb his selfishness to fit in.

The Patriots have to hope Brown really did intentionally force his way out of Oakland. Otherwise, they’ll have their hands full with a player who, at times, acted mentally unstable, according to our source, before being released. 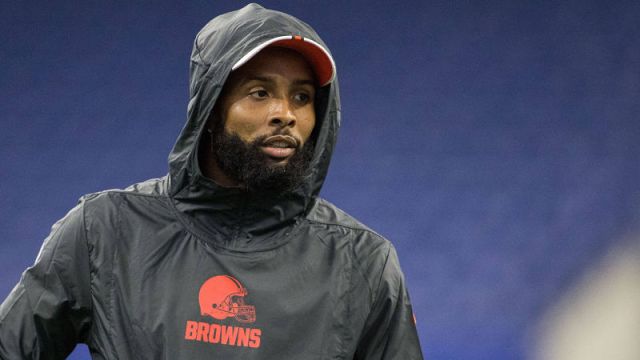 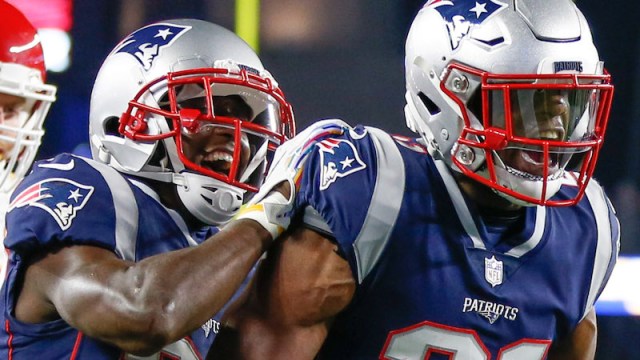