Expectations are unsurprisingly high for the 2019 New England Patriots this season. The Patriots open up the year against the Pittsburgh Steelers on Sunday night, and we’ve received at least one question from a fan asking if New England can go 16-0 with its loaded roster.

We won’t be that bold, but we do have some predictions before the season begins. As always, bookmark this page and praise us if we’re right and just forget all about it if we’re wrong.

Why? Despite the fact Rob Gronkowski retired, Brady has better weapons this season. He went into the 2018 season with Chris Hogan, Phillip Dorsett and Cordarrelle Patterson as his top wide receivers for the first four weeks of the season. Now, running back Sony Michel figures to be more involved in the passing game, plus Brady will have Julian Edelman, Josh Gordon, Demaryius Thomas, Jakobi Meyers, Gunner Olszewski and Dorsett to begin the year.

If any of those players go down with injuries or suspensions, the Patriots have built-in reserves with first-round pick N’Keal Harry (injured reserve) and Cameron Meredith (physically unable to perform) on reserve lists. Harry can return in Week 9, and Meredith could come back in Week 7. Not bad.

Brady will miss Gronk, but he has more weapons at his disposal now.

SONY MICHEL FINISHES WITH 1,200 YARDS, 10 TOUCHDOWNS
Michel stayed healthy through the summer and looked impressive in the Patriots’ third preseason game. We think the Patriots will ride him hard this season as the bell-cow back.

He rushed for 931 yards with six touchdowns in 13 games last season. He’s even better now, and we’re banking on health for that stat line. Michel would probably have to play at least 15 games for 1,200 yards and 10 touchdowns.

The Patriots are known for using a running back by committee. James White figures to still be the Patriots main third-down back, but the Patriots will likely use some “pony” two-halfback sets in obvious passing situations.

In the eight games Rex Burkhead played last year, he really didn’t cut into Michel’s carries that much. We look at Burkhead as a change-of-pace back and rookie Damien Harris as a handcuff.

DEMARYIUS THOMAS FINISHES AS SECOND-MOST PRODUCTIVE WIDE RECEIVER
Julian Edelman will be No. 1. We think Thomas betters Gordon, Harry, Dorsett, Olszewski and Meyers by years end. Thomas could put up numbers similar to Chris Hogan or Brandon LaFell in the Patriots offense.

Gronk is gone, and one tight end likely won’t replace his production. So, three wide receivers will have to be heavily involved. We think that will be Edelman, Thomas, and Gordon as long as he stays clean. Dorsett couldn’t pass Hogan on the depth chart last season, and as impressive as Meyers was over the summer, we think Thomas ultimately will be given an earlier opportunity.

NO TIGHT END TOPS 400 YARDS
Despite his four-game suspension, we think Ben Watson leads Patriots tight ends in yards and touchdowns. But we don’t think he’ll get up to 400 yards in just 12 games.

Ryan Izzo is more of a blocker, and we really don’t know what to expect from Matt LaCosse. Maybe the three of them match Gronkowski’s 682 yards from last season. Even that’s a stretch.

TWO O-LINEMEN EARN ALL-PRO HONORS
Our guess is it will be guards Joe Thuney and Shaq Mason. They already deservedly are considered two of the best guards in the NFL. We think their profile will only increase.

The sleeper pick would be Isaiah Wynn, though it’s tougher rise to the top at left tackle. Here’s a bonus prediction: Wynn becomes the first offensive lineman to win NFL Comeback Player of the Year as he comes back from a ruptured Achiles.

PATRIOTS FINISH TOP 10 IN TOTAL DEFENSE, POINTS ALLOWED
The Patriots were 21st in total defense and seventh in points allowed in 2018. The points allowed metric isn’t much of a challenge for New England. They never allow many points. Total defense matters less as a stat, but we think this year’s defense will be dominant.

JONATHAN JONES SIGNS A CONTRACT EXTENSION
Slot cornerbacks are making bank these days. The Patriots would be smart to get out ahead of it and lock up Jones to a new deal early in the season. They should try to keep this secondary together for as long as possible.

GUNNER OLSZEWSKI RETURNS A PUNT OR KICK FOR A TOUCHDOWN
Olszewski surprisingly made the Patriots’ initial 53-man roster because of his return skills. We think he takes one to the house in his rookie season.

JC JACKSON LEADS TEAM IN PICKS
He finished tied for second behind Duron Harmon with three interceptions in 2018. Jackson isn’t even penciled in as a starter at this point, but he’s a ballhawk, and teams will stupidly continue to test him deep. We also think Jackson will be a starter by Week 3. 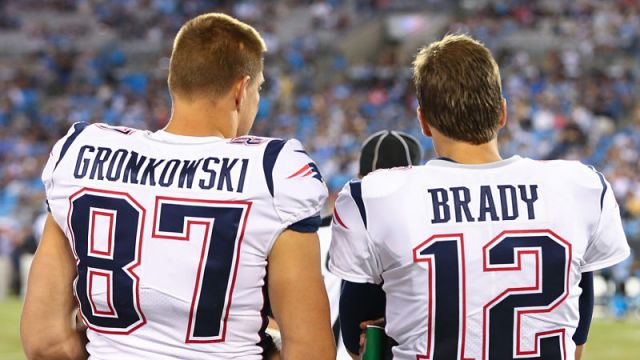 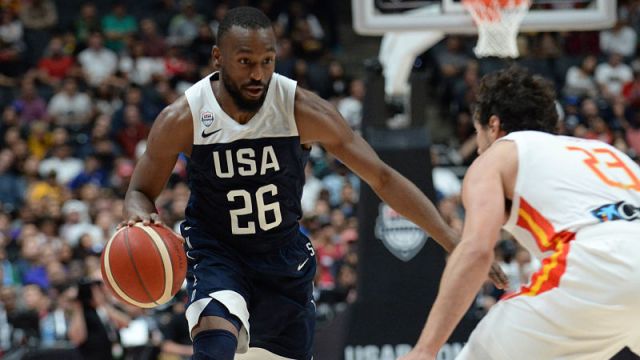