The Connecticut Sun punched their ticket to the WNBA Finals on Sunday.

But the team didn’t celebrate the way many sports fans are accustomed to seeing.

After sweeping the Los Angeles Sparks in the WNBA semifinals Sunday, Connecticut chose to forgo the champagne celebration typically seen in locker rooms after accomplishing a major feat. Sun coach Curt Miller explained why after the game.

“We didn’t bring in all that champagne and goggles and everything at this round because we want the next round,” he said, per the WNBA. His message immediately was met with enthusiasm from the surrounding Sun players.

For now, Miller told the team, “Let’s get some rest.”

The Sun take on the winner of the Las Vegas-Washington Mystics series when the WNBA finals kick off on Sunday, Sept. 29. 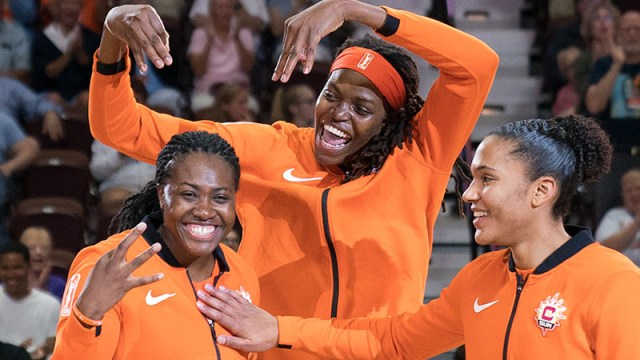