How Dominant Has Patriots Defense Been Of Late? This Graphic Paints Picture - NESN.com Skip to content

There’s no other way to put it: the New England Patriots defense has been an absolute force to be reckoned with lately.

The Patriots entered their Week 3 showdown with the New York Jets having yet to allow a touchdown on the season. In fact, you would have had to go all the way back to January’s AFC Championship Game for the last time New England allowed an opponent find the end zone prior to Sunday’s divisional clash at Gillette Stadium.

That factoid is pretty remarkable in itself, but a graphic the CBS broadcast shared during the third quarter of Patriots-Jets really put New England’s defensive prowess in emphatic terms.

Unfortunately for the Patriots, the streak came to an end in frustrating fashion. The Jets recorded the first TD against the Patriots in 2019 after recovering a muffed punt by undrafted rookie Gunner Olszewski in the end zone. 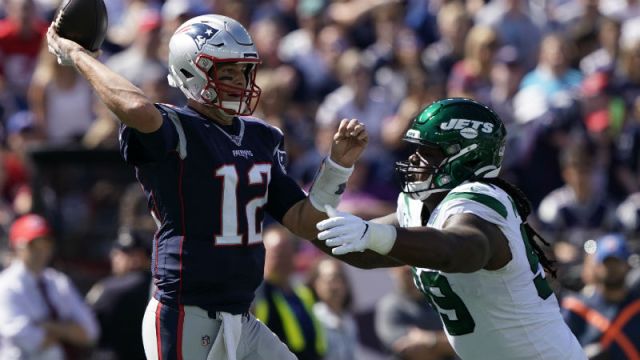