How Will Patriots Make Room On 53-Man Roster For All-Pro Antonio Brown? - NESN.com Skip to content

Before the shock had even worn off that Antonio Brown really was a member of the New England Patriots, fans already were asking who would be cut to make room for the superstar wide receiver.

This is why Patriots fans are not just the best but also the most — let’s go with — needy in the NFL.

New England might actually be making three roster moves Monday. The team must add Brown to its 53-man roster. Tight end Lance Kendricks also could return from a one-game suspension. and the club also is expected to release center James Ferentz and bring back Russell Bodine.

The Patriots can ask for a roster exemption for Kendricks. That would allow them to carry 54 players for the time being. If the Patriots want to delay the inevitable, they could just release Ferentz and sign Brown. Then they could release or place another player on injured reserve for Bodine later in the week.

It’s tough to predict who that player will be, however, before the Patriots play the Pittsburgh Steelers in Week 1. If a player suffers a lengthy injury the regular-season opener, then it becomes an easier choice. That player could be put on injured reserve, and the Patriots could bring on Brown. If nothing happens in Week 1, then it most likely would be a wide receiver who gets the ax for Brown. Brown would give the Patriots eight wide receivers on their 53-man roster. New England usually only carry six wide receivers.

We’ll start with receiver Gunner Olszewski. He’s the best story on the Patriots’ roster because he made the team after playing cornerback for Division II Bemidji State last season. The Patriots converted him to wide receiver, and he was the final player to make the roster. He initially was cut, but he was called back onto the roster after the Patriots traded cornerback Keion Crossen to the Houston Texans.

Olszewski likely was going to return kicks and punts for the Patriots. Brown not only another receiver, but returned punts from 2010 to 2017.

Another option would be placing Demaryius Thomas on injured reserve. Thomas is listed as questionable to play Sunday against the Steelers with a hamstring injury. If he’s inactive, then perhaps the Patriots could place him on IR. There, he, along with N’Keal Harry and Cameron Meredith, could serve as receiver insurance at midseason.

Safety Obi Melifonwu and tight end Matt LaCosse also are listed as questionable to play Sunday. They also could be placed on IR.

Jakobi Meyers, like Olszewski, is another undrafted rookie wide receiver who will see his role diminish with Brown coming on board. Perhaps the Patriots could trade him or Phillip Dorsett to a receiver-needy team?

We’ll see what happens Sunday against the Steelers, and then the Patriots will have to make the difficult choice Monday. It’s never a bad thing to have extra wide receivers, but an eight-deep depth chart does seem excessive. 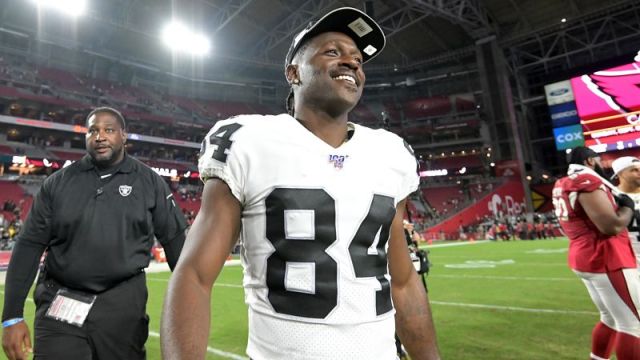 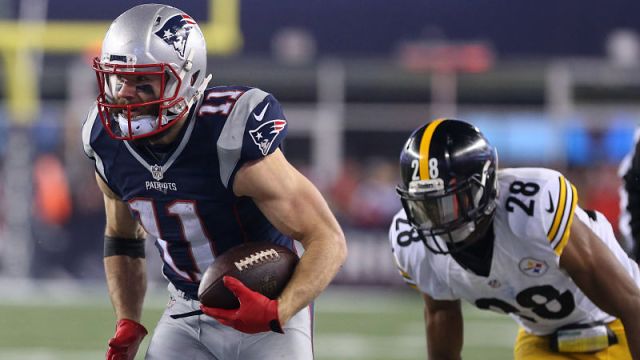 Snoop Dogg Makes Plea To Julian Edelman Ahead Of Patriots-Steelers