How Will Patriots Replace Marcus Cannon If Tackle Misses Time With Injury? - NESN.com Skip to content

According to multiple reports Tuesday morning, Marcus Cannon’s shoulder injury isn’t considered season-threatening and shouldn’t sideline him for a significant period of time.

It might, however, cause him to miss a few games, which would require some additional offensive line shuffling as the New England Patriots introduce a new right tackle.

How would the Patriots replace Cannon? They have a few different options.

The easiest would be to insert swing tackle Korey Cunningham into Cannon’s spot and keep the rest of the O-line as is. Cunningham, who joined the Patriots via trade just two weeks ago, was a healthy scratch for Sunday night’s season-opening win over the Pittsburgh Steelers and it’s unclear whether the team believes he’s ready for starting duty.

Cunningham has yet to appear in a game for New England. The 2018 seventh-round draft pick spent last season and this summer with the Arizona Cardinals.

If they’re not comfortable with Cunningham, the Patriots could opt to trot out the O-line that finished Sunday’s game. After Cannon went down during the fourth quarter, New England shifted Joe Thuney to right tackle and inserted newcomer Jermaine Eluemunor at left guard.

The Patriots acquired Eluemunor shortly after bringing Cunningham aboard. He started two games at left tackle and one at right guard over two seasons with the Baltimore Ravens.

Thuney practiced at left tackle this summer — a familiar position for him from his time at North Carolina State — while Isaiah Wynn worked his way back from a torn Achilles, but he hadn’t played in the right side since making a one-game cameo there as a college sophomore.

While Cunningham and Thuney appear to be the two potential choices at right tackle, the Patriots could opt for some interior alterations, as well. If Thuney is asked to play out of position, Ted Karras, David Andrews’ replacement, could be moved from center to left guard, with James Ferentz (or, if he’s re-signed, Russell Bodine) handling snapping duties.

The Patriots also reportedly hosted veteran tackle Marshall Newhouse for a workout Monday, so a midweek addition remains a possibility, as well.

Patriots practices are closed to reporters during the regular season, so we likely won’t learn what this unit will look like for Sunday’s game against the Miami Dolphins until shortly before kickoff. 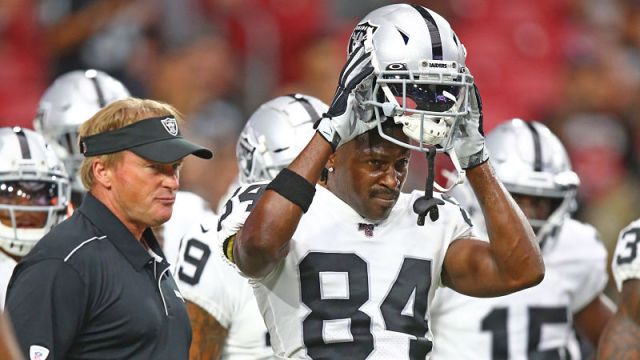 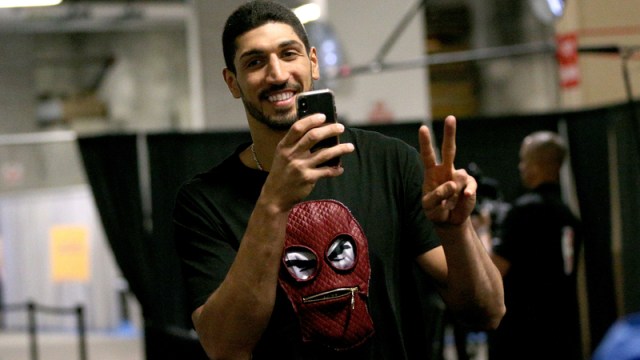 Enes Kanter Appears On WWE (In Celtics Jersey), And It’s A Wild Ride