Around this time last year, the Boston Celtics felt like they were going to have Kyirie Irving for the long haul.

But fast forward, and Irving on Friday was in Brooklyn, wearing a Nets uniform and addressing the media for the first time since backtracking on his commitment to the Celtics. That came after declaring in October, before the season, he planned to re-sign with the Celtics.

Over the ensuing months it was clear he soured on the Celtics though, but during Nets Media Day on Friday he did, to a degree, address what exactly went wrong. It’s worth noting that he does go on quite a few tangents, but he nevertheless speaks candidly about the end of his time in Boston.

Below is a transcript of his answers about the Celtics.

On why he chose the Nets
For me, it was just about honing on what was important, and that was coming back home. That was the important staple that I had in my mind, mind you, it took months and months, it almost took a year and some change for me to even come to that decision because nine months ago I was sitting in front of the Boston crowd saying that I wanted to re-sign. And after that, a lot of things happened in my personal life that really changed the landscape of how I felt about the game of basketball and actually playing it in a team environment, and that really affected me as a human being.

I didn’t share it with anyone, I didn’t want to come out and say that this is bothering me or I’m in a depression at this point of dealing with the death of my grandfather, so when all this happened and the NBA and the pressures, I put in in quotations, from this basketball game came into free agency and what I was doing with my future, I wanted to dispel all those things, but I don’t think I did it in the right way of being honest about how I felt. So I just wanted to come here with a very fresh mindset and make sure that I’m honest with my teammates going forward and also reverting back to apologizing to guys that I’ve been with and been teammates with to make sure that they know, ‘Hey this is a game, but also our lives come into this. And when it affects our livelihood and it affects our happiness to play basketball, then the product or our service out there on the floor is not great.’ And that’s just what it is that just is what it is.

On what changed between his declaration that he’d stay and free agency
Well, I think around that time it felt incredible in terms of the energy that we were building, especially for the future in Boston. It was something that I couldn’t really explain at the time because personally, I don’t think I was acknowledging the things that were surrounding my life as well and how to lead this group of guys that I’ve been traded to. I wasn’t drafted by Boston, I had no type of affiliation with Boston before I left Cleveland. There wasn’t (anything in the works), anything that happened, Boston was a surprise team with Wyc and Danny that took the chance on trading for me. And when they did and the way our first season happened, and then also the way the end of the season happened and having so much youth and so much exuberance and goals set personally, I think that some of the actual knowledge that needed to be had in terms of being a championship team takes more than just two years.

It takes more than just an environment that you feel comfortable in. ‘Hey, you know I think I want to re-sign here if you guys have me,’ the Boston crowd was immense, it was crazy, they loved me in Boston, I loved the Boston fans. And then two weeks later things just got really, really rocky for me in terms of — when i left for, I believe you know, after the Phoenix game, I went to my grandfather’s memorial, and he passed on Oct. 23 and after he passed, basketball was the last thing on my mind. So, a lot of basketball and the joy I had from it was sucked away from me and there was a facial expression that I carried around with me throughout the year, didn’t allow anyone to get close to me in that instance and it really bothered me.

I didn’t take the necessary steps to get counseling or get therapy or anything to deal with someone that close to me dying. I’ve never dealt with anything like that. So for me I responded in ways that are uncharacteristic and, like I said, I had to acknowledge that fact. And I had to acknowledge that fact to the organization first, because that was our internal bond and trust that we had. I talked to Danny, I wanted to re-sign, so throughout the year it started becoming more and more clear that my relationships within my home life have way higher precedent than the organization or anyone. And I barely got a chance to talk to my grandfather before he passed (because I was) playing basketball. So you tell me if you would want to go to work every single day knowing that you just lost somebody close to you, doing a job every single day that everyone from the outside or everyone internally is protecting you for. Like ‘hey, just keep being a basketball player.’

So throughout that year it because rocky and a lot of the battles I thought I could battle through and the team environment, I just wasn’t ready for it. And I failed those guys in the sense that I didn’t give them everything that I could have during that season, especially with the amount of pieces that we had. So my relationships with them personally were great, but in terms of me leading them in that environment and bringing everyone together, I failed. So for me it’s just a huge learning experience just to slow down and acknowledge that I’m human in all this, and then also take my steps going forward of reaching out to Danny and talking to those guys, and Wyc, and reaching out to them and letting them know ‘hey, look basketball can end tomorrow. I care about you guys as human beings, I know this is a competitive environment, but let’s move past this and let’s go forward.’ Marcus, Terry, all of those guys just want to be great. We were all internally trying to be great, and I don’t think we were trying to be great as a team to meet at the top. And that happens in team environments all the time whether people want to admit it or not.

There are personal goals everyone has, family, friends, media, telling everyone ‘hey you need to be doing this, you need to be doing that.’ In actuality, none of that crap matters, so everyone has a role to play. You see the most experienced teams end up winning the championship because they all buy in and sacrifice, it’s usually the oldest teams in the league that make it there every single year because they don’t have to deal with the same youthful expectations that are unrealistic for players that really have to earn different things in this league to be at that level, including myself.

The Celtics replaced Irving with Kemba Walker, while also bringing Enes Kanter into the fold as a result of Al Horford’s departure. Even with Irving, Kevin Durant and DeAndre Jordan together in Brooklyn now, the Nets by no means are a lock to blow the Celtics out of the water this season, as Kevin Durant might miss the entire campaign due to injury rehab.

Celtics media day will be Monday. 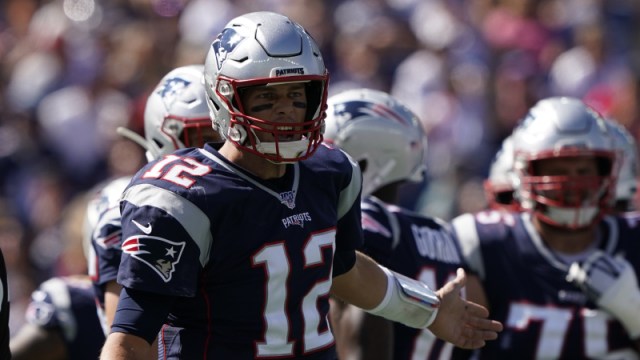 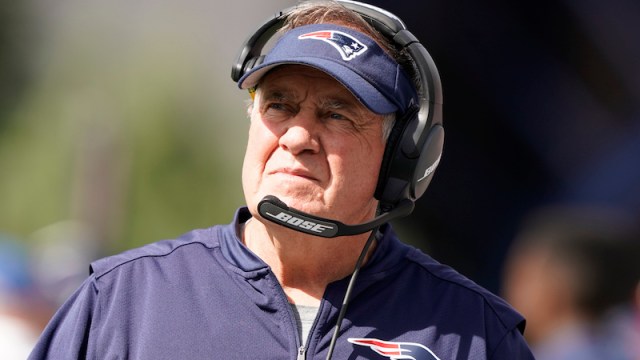