It appears the Boston Celtics might be willing to take a wait-and-see approach with Jaylen Brown.

Sean Deveney of Heavy.com reported Wednesday, citing a league source, that “the chance is pretty slim” Brown signs a long-term contract extension with Boston before the Oct. 21 deadline. The expectation around the league, according to Deveney, is that Brown and the Celtics won’t agree to a new deal in the coming weeks.

This doesn’t mean the Celtics are in jeopardy of losing Brown this offseason, as he still would be under contract for $6.5 million for the 2019-20 campaign. But Brown will become a restricted free agent next offseason if he doesn’t sign an extension, at which point Boston still will control his rights and be able to match any contract offer he receives from another team.

Signing Brown to a lucrative contract extension this offseason would be a risky investment for obvious reasons. For as much potential as he’s shown in three NBA seasons, the jury’s still out on his ceiling. Will he evolve into a superstar or is he simply a role player? There’s a huge difference in how such contributors are compensated, and the Celtics don’t want to hamstring themselves financially by overspending for someone whose ultimate impact is limited.

Not signing Brown before the final year of his rookie deal also comes with risk, however, as there’s a chance he could take a significant step forward in 2019-20 and command a max contract next summer. If that happens, the likelihood of Brown leaving Boston increases, especially given the relatively weak free agency class. At the very least, the Celtics would need to pay up in order to keep him around.

“It only takes one team to think he is a max player and then he is a max player,” a NBA front office executive told Deveney. “You don’t see a lot of max deals in restricted free agency and the Celtics can match, so it’s still something that can work in their favor. But there will be teams with money next summer and making an offer for a guy his age, with his best basketball in front of him, makes sense.”

Brown, the third overall pick in the 2016 NBA Draft, averaged 13.0 points, 4.2 rebounds and 1.4 assists per game last season. For context, three other players from the 2016 draft class have received extensions to this point, with Ben Simmons of the Philadelphia 76ers and Jamal Murray of the Denver Nuggets landing max contracts in the range of $170 million over five years. Caris Levert of the Brooklyn Nets signed a deal last month worth $52 million over three years.

Brown, a versatile swingman who turns just 23 on Oct. 24, could really maximize his earning potential with a solid season for the Celtics, who lost Kyrie Irving and Al Horford this summer while adding Kemba Walker, Enes Kanter and several intriguing rookies. 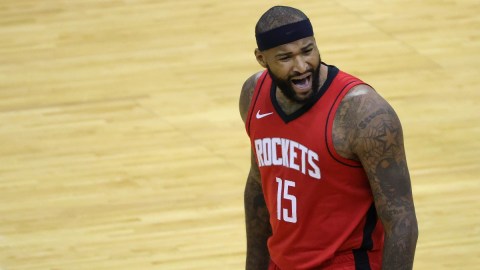