An artist who accused Antonio Brown of sexual misconduct in a Sports Illustrated story earlier this week said she received “intimidating” texts from the New England Patriots wide receiver on Wednesday.

Robert Klemko, who wrote the original story for SI, shared screenshots of a group text in which one individual, allegedly Brown, called for associates to “look up her background and see how broke this girl is.” The same individual also texted photos of the accuser’s three children.

The accuser, whose name was not shared in the SI story, was included on this text chain, as was Brown’s lawyer, Darren Heitner.

New tonight: Antonio Brown sent our source from Monday?s story menacing group text messages, including a picture of her children with instructions for his associates to investigate her.

Her lawyer wrote the NFL calling for the intimidation to stop. https://t.co/rCTM8WSI6Z pic.twitter.com/QtONzBf7Ig

Klemko explained why he and SI’s editors are “extremely confident” the texts and photos in question came from Brown.

3. She sent us screens of these new messages with the contact in her phone, so the sender showed up as ?Antonio Brown?

4. We then asked her to delete AB?s contact from her phone, so the original number would display and we could verify. The number matched the 2017 IG exchange.

6. One more name jumped out: Darren Heitner, Brown?s attorney. We called Heitner, who declined comment other than to answer this question: ?Did you advise your client to send those texts.? His answer: ?No I did not, and you?ll notice I didn?t respond.?

A man who sounded like AB answered. I introduced myself. He hung up. In a text, I asked him if he would share proof of his claim that the woman asked him for money. He replied ?foh clown?

An attorney for the accuser, Lisa J. Banks, reportedly forwarded screenshots of the text conversation to the NFL, claiming Brown’s behavior was ?intimidating and threatening to our client, in violation of the NFL Personal Conduct Policy.”

?Our client … is understandably frightened by these text messages, which are clearly intended to threaten and intimidate her,? Banks wrote, via SI. ?While she certainly qualifies as a ?starving artist,? she has never approached Mr. Brown, nor will she, about seeking money to compensate her for his sexual misconduct, contrary to his allegations in the text messages.?

According to SI, the NFL quickly responded and scheduled a call between its own investigators and the accuser’s attorneys.

The NFL reportedly met with another Brown accuser, Britney Taylor, who accused the receiver of sexually assaulting her on three occasions in a civil lawsuit filed last week, for 10 hours on Monday.

Brown, who has not faced discipline from the Patriots or the league, declined to address his off-field issues Thursday in his first meeting with reporters, saying he is “just here to focus on ball.” 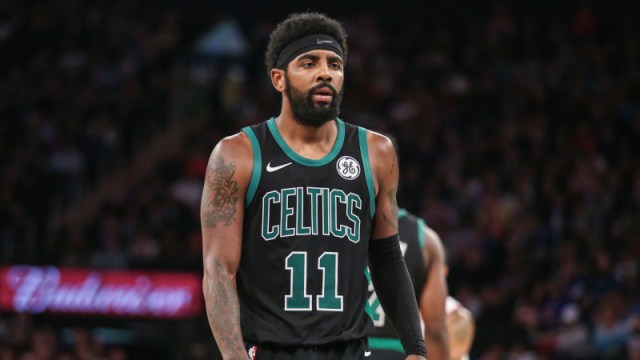 Kyrie Irving Brings Back Afro During Offseason Workouts With Nets 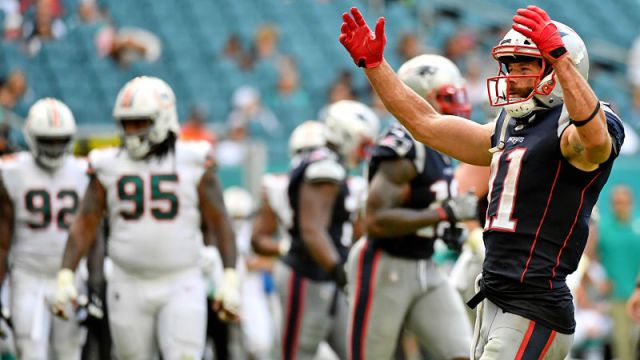