We’re two weeks into the NFL season, and the cream of the crop has remained the same.

But there was plenty of shifting beyond the top four. Week 2 included impressive showings from the Green Bay Packers and Seattle Seahawks, while it only got uglier for the Pittsburgh Steelers and Carolina Panthers.

Let’s get into our power rankings heading into Week 3.

1. New England Patriots (2-0, last week’s rank: 1): The addition of Antonio Brown boosted New England’s offensive arsenal, but it was the Patriots’ defense that stole the show in Week 2. Yes, they played the lowly Miami Dolphins, but New England looks like a well-oiled machine through two games.

2. Kansas City Chiefs (2-0; 2): Don’t let the Patriots cause you to forget about Patrick Mahomes. The reigning MVP shredded the Oakland Raiders for 443 yards and four touchdowns as Kansas City exploded for a 28-point second quarter. Not many teams can keep up with that absurd pace.

3. Dallas Cowboys (2-0; 3): Dak Prescott was impressively efficient once again, going 26-for-30 with three touchdowns in a 31-21 win over the Washington Redskins. If he keeps this up, the Cowboys will be tough to beat.

4. Los Angeles Rams (2-0; 4): The Rams took advantage of Drew Brees’ injury to overpower the New Orleans Saints in Week 2. They don’t look as flashy as last season but seem to be improving by the quarter. That sounds like a good trend to us.

6. Seattle Seahawks (2-0; 14): The Seahawks went on the road and took down the Steelers, who lost Ben Roethlisberger for the season with an elbow injury. Seattle’s defense still looks rather subpar, but Russell Wilson’s impressive start to the year helps them jump into this week’s top 10.

7. Baltimore Ravens (2-0; 7): Despite many preseason doubters, Lamar Jackson seems to be the real deal after his first two games in Baltimore. Yes, we know the wins have come against the Dolphins and Arizona Cardinals, so time will tell how he performs against stronger defensive units.

8. Minnesota Vikings (1-1; 6): If Minnesota sticks to the run like it did in Week 1, the Vikings will be better off than they were in Green Bay. Kirk Cousins threw 32 times in the Vikings’ loss to the Packers, which seems a bit high considering the strength of their run game headed by Dalvin Cook.

9. San Francisco 49ers (2-0; 15): This one is tough. The Niners took care of business in convincing fashion against a bad Cincinnati Bengals team Sunday, but we’re still not completely sure if San Francisco is for real yet. Losing Joe Staley certainly will hurt their offensive line.

10. Philadelphia Eagles (1-1; 12): Philadelphia was on the wrong end of a tight Sunday-night affair in Atlanta. Julio Jones and the Falcons took advantage of the Eagles’ secondary for a late touchdown, and Philly must tighten up on defense if it wants to improve moving forward.

11. New Orleans Saints (1-1; 5): Losing Drew Brees for six weeks hurts, especially at this point in New Orleans’ schedule. The Saints have the Seahawks and Cowboys next, which doesn’t bode well for a struggling defense and an offense that’s now led by Teddy Bridgewater. They’ll have to do their best to maintain until Brees returns.

12. Buffalo Bills (2-0; 20): If Josh Allen keeps this up, Buffalo could very well be 3-0 heading into New England in Week 4 following their home opener against the Bengals. Yes, their strength of schedule to this point isn’t anything to write home about, but give the Bills credit — they’ve looked solid thus far.

13. Indianapolis Colts (1-1; 19): Jacoby Brissett tossed three touchdowns against a hard-nosed Tennessee Titans defense to pick up Indy’s first win of the year Sunday. It was a confidence-building win on the road for the Colts, who moved up six spots from last week’s rankings.

14. Los Angeles Chargers (1-1; 9): The Chargers are banged up, and it showed in a tough Week 2 loss to the Detroit Lions. This defense desperately needs Derwin James back to help them mold together.

15. Atlanta Falcons (1-1; 25): Matt Ryan tossed three touchdowns in Atlanta’s win over the Eagles, but the Falcons’ defense still has a long way to go. Despite those woes, the duo of Julio Jones and Calvin Ridley reared its head Sunday, showing how dangerous Atlanta’s passing game can really be.

16. Tennessee Titans (1-1; 10): After a great Week 1 win in Cleveland, the Titans fell flat at home against the Colts. Mike Vrabel’s defense still looks very good, but the offense was relatively average when they needed to step up in Week 2.

17. Cleveland Browns (1-1; 16): The Browns took care of business against the Jets Monday night, which was expected without Sam Darnold. Their offense, led by Baker Mayfield, still has plenty of room for growth.

18. Houston Texans (1-1; 11): Houston was fortunate to squeak by the Jacksonville Jaguars in Week 2 for its first win of year. Deshaun Watson and the Texan’s offensive unit took a big step backward after a nice showing in New Orleans. Hopefully, for Bill O’Brien’s squad, their 13-point performance was just an anomaly. Otherwise, they might be in trouble.

19. Chicago Bears (1-1; 13): The Bears’ defense is still very good, but yikes, their offense … is not. They barely got by the Denver Broncos, but Chicago won’t be able to solely rely on its defense against stronger opponents.

20. Detroit Lions (1-0-1; 24): It wasn’t pretty, but Detroit took down the Chargers in a low-scoring Week 2 affair. It was the type of game that Matt Patricia loves, and his defense came through.

21. Tampa Bay Buccaneers (1-1; 27): The Bucs are a tough bunch to figure out. They took advantage of a poorly coached, flat Carolina Panthers team on Thursday night, but still didn’t look all that impressive. On a positive note, Todd Bowles has done a nice job making adjustments to Tampa Bay’s defense.

22. Oakland Raiders (1-1; 22): The Raiders seem to be exactly who we think they are. Oakland’s defense looked shaky after a solid Week 1 performance, but that was predictable against Patrick Mahomes and the Chiefs’ offense. It’s tough to judge a team going up against a wagon like that.

23. Carolina Panthers (0-2; 17): Cam Newton’s trending in the wrong direction to start the 2019 season, to put it politely. There’s plenty of upside with the Panthers if he turns it around, which is why they aren’t lower on this week’s rankings. Ron Rivera and his staff haven’t been all that great to begin the year, either.

24. Jacksonville Jaguars (0-2; 23): The Jaguars might have something in Gardner Minshew, but Jalen Ramsey fighting with Doug Marrone on the sideline probably isn’t a great sign going forward. We’ll see how they continue to mesh next week against the Titans, but Ramsey reportedly wants out, according to Adam Schefter. That secondary is in trouble if he gets what he wants.

25. New York Jets (0-2; 21): With no Sam Darnold, the Jets’ offense was virtually lost. Trevor Siemian was injured in his first start, which buried what little hope the Jets had as they fell to the Browns.

26. Pittsburgh Steelers (0-2; 18): Pittsburgh’s tough start got even worse Monday when it got word that Ben Roethlisberger was gone for the year due to an elbow injury. This could get ugly fast.

27. Denver Broncos (0-2; 26): The Broncos have done nothing to instill any confidence this season, as they can’t seem to get everything clicking in the same direction.

28. Arizona Cardinals (0-1-1; 30): Kyler Murray looked pretty good once again in a loss to the Ravens, and it hasn’t been as bad as many predicted it would be in Arizona thus far. With the return of Patrick Patterson coming later this year, Kliff Kingsbury’s crew could become a chippy, tough opponent for the rest of the season.

29. Washington Redskins (0-2; 28): Washington’s defense is really, really bad. They’ll have plenty of difficulties competing with the top of the NFC East until Jay Gruden solves some of their issues.

30. Cincinnati Bengals (0-2; 29): Jimmy Garoppolo dominated Cincinnati’s secondary, tossing three touchdowns en route to 41-17 blowout. Andy Dalton has been surprisingly good through two games, but that doesn’t mean much until the Bengals’ defensive unit can straighten out its woes.

32. Miami Dolphins (0-2; 32): There’s not much to say here. The Dolphins are an objectively bad football team. 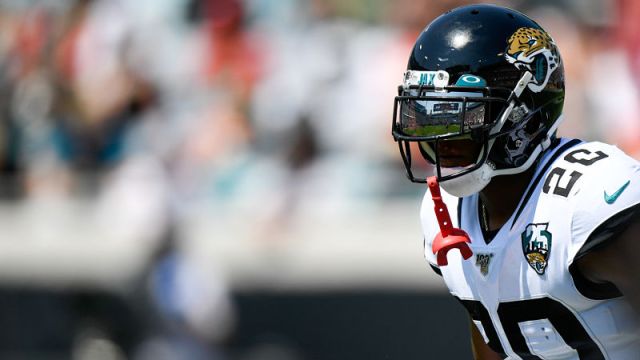 NFL Rumors: Here’s When Jalen Ramsey Could Be Traded By Jaguars 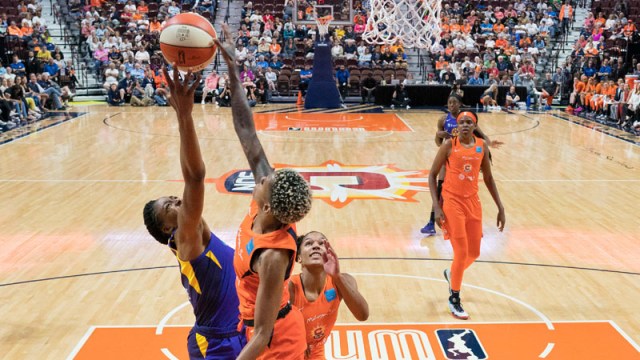