Predicting Bruins' Opening Night Defensive Pairings Based On Who Is, Isn't Available - NESN.com Skip to content

As we sit here on Tuesday, Sept. 10, it really is anyone’s guess as to what the Boston Bruins defense will look like Oct. 3 in Dallas.

It is little secret that Boston’s blue line is in a state of flux right now due to injuries and contract negotiations. Because of that, the Bruins might kick off their season with either most everyone available or with next to nobody (as far as regulars are concerned) ready to go — though it likely will be somewhere in the middle.

So first, let’s recap where the Bruins stand. As for injuries, John Moore definitely is out for the opening night. Kevan Miller hasn’t been given a definitive timeline but he seems unlikely to be ready on time and Zdeno Chara said he might not be ready for the beginning of the campaign. Then you have the contract negotiations with Charlie McAvoy and Brandon Carlo, both of whom are restricted free agents without deals.

It’s unlikely but not impossible that the Bruins start the season with all of the above out, which would lead to some wonky pairings. But let’s predict what those pairings might look like on opening night based on different scenarios. For the purpose of this exercise, we won’t mention Moore, as it’s understood he’s unavailable.

This seems pretty straightforward. Maybe Connor Clifton slides in for Miller, but presumably Miller would dress if he’s healthy.

Another one with not much to read into, as these were the pairings last postseason quite often.

Does the Boston University top pairing finally happen? Possibly, as putting Grzelcyk at the top with McAvoy and Miller with Clifton at the bottom offers the most skill set diversity in all three pairings.

A nice reminder as to why they re-signed Steven Kampfer. He would have to play on his off side, but in this type of situation he’s probably getting the least amount of ice time anyways.

You could go with a Chara-Miller shutdown pairing, but Miller and Grzelcyk have spent so much time together that keeping at least two of the three typical pairings seems like a better allocation of assets.

Carlo’s absence wouldn’t ruin the defense all that much so long as everyone else is healthy. And really, any combination of Miller, Clifton and Kampfer on the right side of those bottom two pairings would be fine.

As a reminder, McAvoy and Carlo have until Dec. 1 to sign or else they lose the entire season. You could do worse than these six, but the depth is pretty thin after that.

Now it really starts to get fun. Krug and Kampfer played 48 minutes together last year, so they should be fine. That allows Vaakanainen, with just two NHL games to his name so far, to skate with a veteran in Kevan Miller, while the Grzelcyk-Clifton duo sticks together.

Someone is going to have to skate on their off side in this situation, and you don’t want it to be Vaakanainen. Grzelcyk dabbled with playing on his right side before, so though it’s not ideal it’s something he can do.

What a mess this would be, and it really underscores just how many left-shot defensive prospects the Bruins have (seriously, they have no righties listed on their roster outside the regulars). Grzelcyk falls on the sword of playing on his off side, while you get your first look at Vaakanainen as a top-pairing defenseman. Krug and Kampfer join forces, then you put Clifton with Jeremy Lauzon. The reason for Lauzon is that in this situation the Bruins would be in a pretty precarious spot, so slotting in Lauzon, who has played in 16 NHL games, likely would be safer than forcing someone to make their debut in the top flight in a downright nuclear situation.

As you can see, the Bruins could wander into a pretty tough spot, but it would take a cataclysmic scenario for them to really have to scrape the barrel. Otherwise, they have pretty decent depth and could crank out a fine enough defense until everyone’s health/contract situation improves. 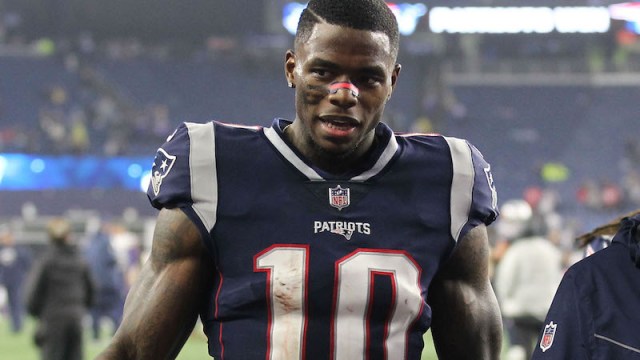 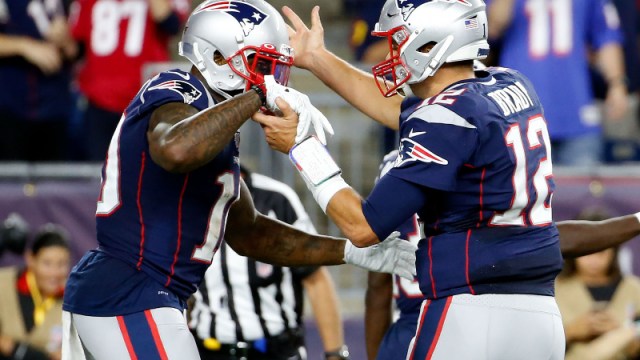