The Red Sox can ill-afford to lose anyone else as they head into the final month of the regular season, and may have dodged a bullet Saturday night.

In the eighth inning of Boston’s eventual 10-4 loss to the Los Angeles Angels, J.D. Martinez slid into second base on a sacrifice bunt from Marco Hernandez. Martinez appeared a bit shaken up after the play and was checked on by manager Alex Cora and the team trainer.

Martinez initially remained in the game but did not return to right field for the ninth, causing many to speculate the collision at second may have done some damage to his leg. But Cora provided a positive update on the slugger after the game.

“Yeah, a little bit,” he said on NESN’s Red Sox postgame coverage when asked if Martinez was banged up on the slide. “He was getting treatment. He should be OK. … We’ll see how he feels in the morning.”

Cora also noted he believed it was the shin that Martinez hurt.

Martinez has been hot for Boston of late and entered Saturday’s contest batting .448 with five home runs, 17 RBIs and 10 runs in his last seven games, per MassLive’s Christopher Smith. He extended his hitting streak to eight games before exiting Angel Stadium.

While it’s certainly good news that it doesn’t appear to be serious, it still will be a blow to the starting nine should he miss even a game.

Here are some other notes from Saturday’s Red Sox-Angels game:

“(He) wasn’t able to execute,” Cora said after the game.

Brasier said he was “ready to go” and prepared for a bullpen game after Friday’s 15-inning game.

“It’s my job to get ready to go and go out there and perform,” he said. “And tonight I didn’t get the job done.”

— Brian Johnson had one shaky inning when he gave up two runs in the third. But settled down nicely to give the Red Sox three straight 1-2-3 frames.

“He did an outstanding job,” Cora said on NESN’s Red Sox postgame coverage.

— The blown save marked the 25th of the season for Boston. It had 19 during the 2018 season. But Cora didn’t place the blame solely on the bullpen as the offense loaded the bases twice in the game but didn’t produce a run either time.

“We only had one bad inning. It wasn’t a horrible game, it was just one bad inning,” Cora said. “This is baseball. We had (the) bases loaded with one out … it doesn’t happen, they come back and score seven. … We had good at-bats, we played the game right. It just didn’t happen.”

— Sunday will mark the first round of September call-ups. Cora didn’t have much to offer on who would be with the team come Sunday afternoon.

“I gotta talk to Dave (Dombrowski) right now,” he said. “But we’ll probably to have make some adjustments. I’ll talk to him and you guys will know tomorrow.”

— Boston’s streak of hitting at least one home run in a game ended at 19. 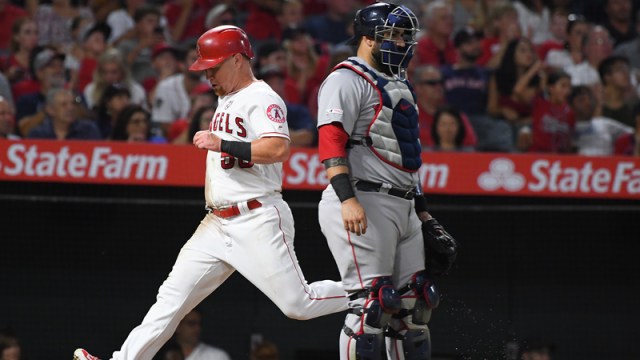 Red Sox Wrap: Bullpen Blows 25th Save Of Season In 10-4 Loss Vs. Angels 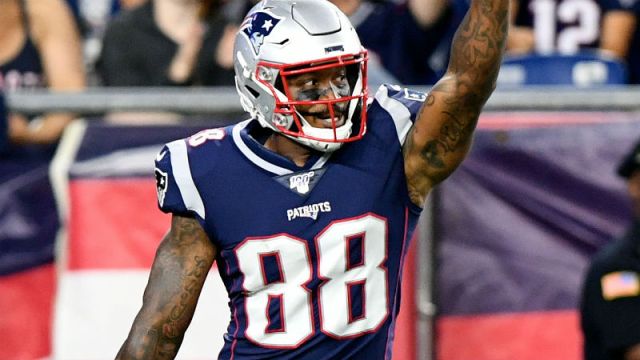 How Would Patriots Make Room For Demaryius Thomas On 53-Man Roster?