If the Red Sox are going to make the playoffs, they’re going to need to do it by way of securing a wild card spot.

Eduardo Rodriguez’s strong night was spoiled as the bullpen surrendered four runs in the 5-0 loss at Fenway Park. The Yankees officially eliminated Boston from trying to repeat as American League East champions. The only hope remains the wild card with 18 games left to play. The Red Sox sit nine games back.

Yankees starter James Paxton dazzled, tossing 6 2/3 innings of scoreless ball, while the bullpen did its part to help the Yankees earn the victory.

GAME IN A WORD
Silenced.

The offense couldn’t plate a runner despite having seven hits.

ON THE BUMP
— Rodriguez looked solid through four innings despite putting runners in scoring position in the first and fourth. The southpaw was scoreless through the first four, including a 1-2-3 second, before running into trouble in the fifth.

Austin Romine took a 2-0 fastball deep to right to give the Yankees a 1-0 advantage.

A Night at the Oppo Ro. pic.twitter.com/vjJefpwtg4

Rodriguez ended his night on a strong note, tossing a 1-2-3 sixth inning. He finished by giving up just one earned on five hits, one walk and nine strikeouts.

— Darwinzon Hernandez’s seventh inning began with a solo shot into the Green Monster off the bat of Gio Urshela to make it 2-0 Yankees.

The left-hander induced a strikeout but a Romine double followed by a D.J. LeMahieu single made it 3-0 to end Hernandez’s night.

— Trevor Kelly was called upon to clean up the mess and surrendered a double to Aaron Judge before Gleyber Torres hit a sacrifice fly to drive in LeMahieu to make it 4-0 before getting out of the inning.

— Travis Lakins allowed a double before getting Maybin to strikeout to end the eighth.

— Mike Shawaryn loaded the bases in the ninth with two walks and a single to bring up Luke Voit who singled in a run to make it 5-0, ending the pitcher’s night.

— Colten Brewer struck Brett Gardner out to end the inning.

IN THE BATTER’S BOX
— The Red Sox threatened to get on the board in the sixth when J.D. Martinez walked and Christian Vazquez singled, but Sam Travis grounded out to strand the runners.

— The offense was silent all night, despite putting runners in scoring position in the seventh and sixth innings.

UP NEXT
The Red Sox travel to Toronto to begin a three-game set against the Blue Jays. First pitch from Rogers Centre is set for 7:07 p.m. ET. 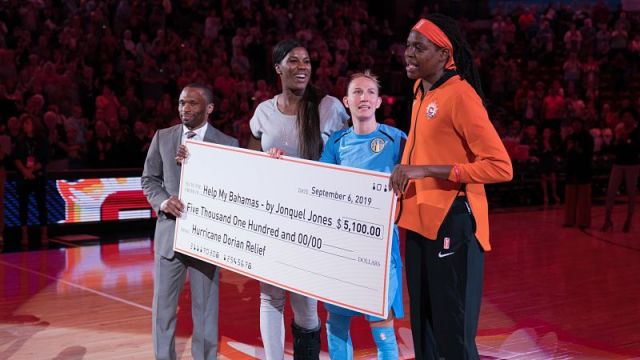