Randy Moss’ name comes up any time the Patriots are linked to a high-profile wide receiver.

The past week has been no different with New England signing Antonio Brown following an unceremonious release from the Oakland Raiders.

The inevitable Brown-Moss chatter — which Bill Belichick acknowledged Tuesday — goes deeper, as both arrived in New England after a disruptive tenure in Oakland. But Shannon Sharpe otherwise isn’t sold on the comparison, explaining Wednesday on FS1’s “Undisputed” that not every controversial player has had success upon joining the Patriots.

“The only comparison I see, Skip (Bayless), is both came from the Raiders. Both played receiver,” Sharpe said. “Why wouldn’t he (make the comparison)? But for every Randy Moss, what about Albert Haynesworth? How did that work out? What about Ochocinco? You see what he does, he always just takes the positive, where Randy worked out. There have been situations where it didn’t work out, but he never mentions those.

“Skip, I don’t know how different or alike Randy and AB are behind the scenes, because a lot of this transpired when we didn’t have social media. So we don’t know what Randy was like at practice or what he said, some of the things. I mean, we saw some of the antics on the field — squirting the official with the water bottle, mooning the fans at Lambeau (Field). So we see some of the things, but I don’t know about him getting into it with coaches, threatening to fight the GM. So we really don’t know, Skip, how specific behind the scenes these two guys actually are.”

"The only comparison between Antonio Brown and Randy Moss is that they both came from the Raiders and played wide receiver…At least Randy made it 2 years in Oakland. I wish coach Belichick good luck." ? @ShannonSharpe pic.twitter.com/QwJ4HMc8Yp

Raiders coach Jon Gruden seemingly went out of his way to accommodate Brown after the Raiders acquired the Pro Bowl wideout from the Pittsburgh Steelers and signed him to a lucrative contract extension. Brown caused a whole bunch of controversy upon arriving in Oakland, though, to the point where general manager Mike Mayock and Co. no longer wanted to deal with the drama.

The Patriots wasted no time in signing Brown following his release from the Raiders. Time will tell whether Brown enjoys success similar to Moss — who had an impressive three-plus seasons with New England that included a 98-catch, 1,493-yard, 23-touchdown campaign in 2007 — but the former sure is off to an eventful start, as Brown?s former trainer on Tuesday filed a civil lawsuit against the receiver, accusing him of sexual assault on multiple occasions. 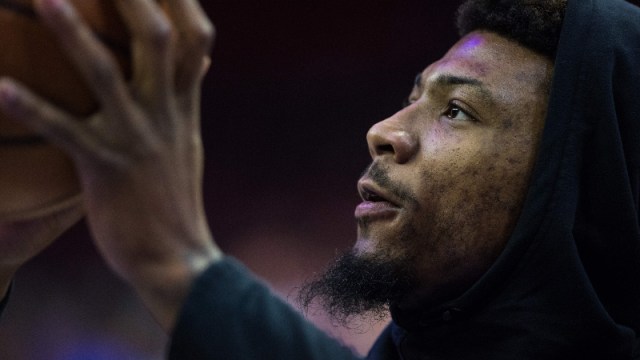 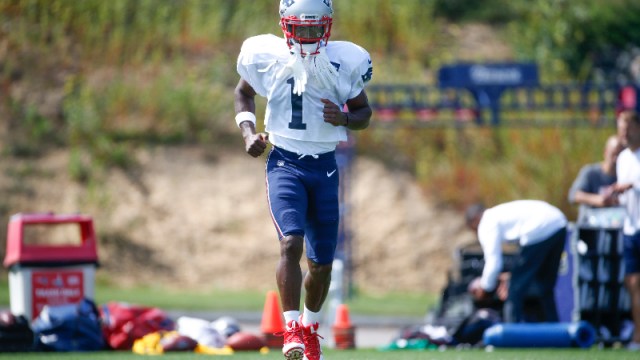