Former New England Patriots pass rusher Willie McGinest apparently knows a secret. Would he like to share it with the rest of the class?

The Patriots are unveiling their sixth Super Bowl title banner Sunday night before their season opener against the Pittsburgh Steelers. So, McGinest, Bledsoe, Gronkowski and Bennett are probably in town for that.

But maybe Saturday’s signing of Antonio Brown convinced Bennett and/or Gronkowski to come out of retirement to join the Dream Team? It’s a little farfetched, but hear us out.

Gronkowski shares an agent, Drew Rosenhaus, with Brown. Bennett’s brother, Michael, is in his first year with the Patriots as a defensive lineman.

The Patriots are absolutely loaded at running back, wide receiver and quarterback, but they’re weak at tight end with Ryan Izzo, Matt LaCosse and suspended veterans Ben Watson and Lance Kendricks.

McGinest very well could be trolling the Patriots fanbase. But crazier things have happened. Brown did join the team Saturday, after all.

It’s worth noting McGinest has been calling a Gronkowski comeback since even before the tight end retired over the spring. 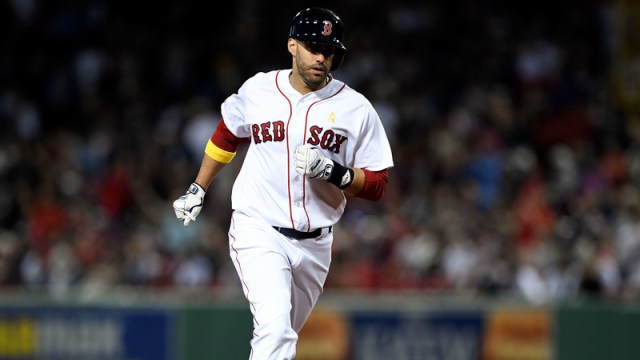 J.D. Martinez Explains What Happened When He Lost Ball In Fourth Inning 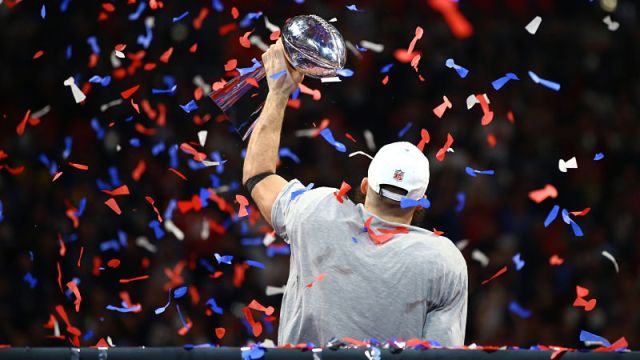