Nugent will become just the fourth New England Patriots kicker to appear in a game during the Bill Belichick era this Sunday against the Washington Redskins when he steps into the large shoes of Gostkowski, who was placed on injured reserve Wednesday with a hip ailment.

In his first public comments since Nugent’s signing, Belichick heaped praise on Gostkowski — who has played in 232 of New England’s 241 games since 2006 and kicked in six Super Bowls — while expressing confidence in his 37-year-old replacement.

?Through the years, I have been lucky,” Belichick said in his Friday morning news conference. “We have had a lot of stability, there?s no doubt about that. But, look, sometimes things happen, and you have to make changes, just like any other position, and you do the best you can. Steve Gostkowski?s one of the greatest kickers of all time. He?s been great for this franchise. Unfortunately, he?s not available, so we?ll move on.

“Mike?s done a good job. He has a lot of experience. I have a lot of confidence in Mike, or we wouldn?t have signed him. Is he different than Steve? Yeah. We?ll see how it goes. … I think Mike will do a good job, but we all have to prove it every week. That?s the way it is for all of us.”

Nugent entered the NFL as a second-round draft pick in 2005 and spent time with eight different franchises before signing with the Patriots on Thursday. He has not kicked in a game since last September, however, and was a free agent throughout this spring and summer.

Belichick said Nugent’s performance in a workout Wednesday at Gillette Stadium went a long way toward convincing the team to sign him.

“A lot on the workout,” Belichick said. “We?re just seeing where the player is currently. But the past has some relevance, too. It?s a combination. But it would be hard to sign somebody in that position that didn?t kick well in a workout. There would have to be a lot of other things in place that would override that, I would think.”

The Patriots also added insurance at the position by signing former Los Angeles Chargers kicker Younghoe Koo to the practice squad. Koo made headlines back in 2017 when he made the Chargers’ 53-man roster as an undrafted rookie, but he was cut after four games and hasn’t played in the NFL since, most recently suiting up for the Atlanta Legends of the now-defunct Alliance of American Football.

?He?s a player we wanted to look at that?s practice squad eligible,” Belichick said of the 25-year-old. “There?s a lot of players we want to look at, but they?re not eligible for the practice squad. You have to put them on the roster if you want to see them. So this gives us a chance to see (Koo) in a practice squad situation. We?ll see how it goes. He doesn?t have a lot of experience.?

Say hello to the Patriots? new kickers: Mike Nugent (No. 2) and Younghoe Koo (No. 8). pic.twitter.com/ovhAYTUxqf 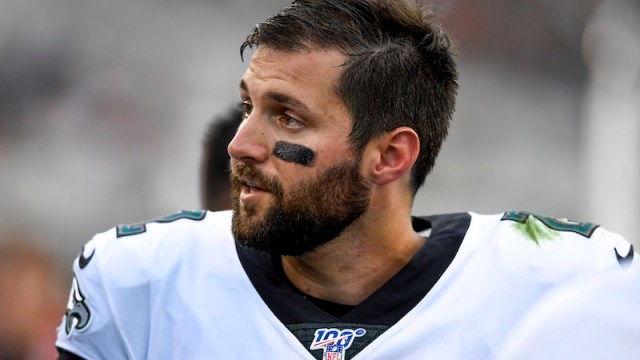 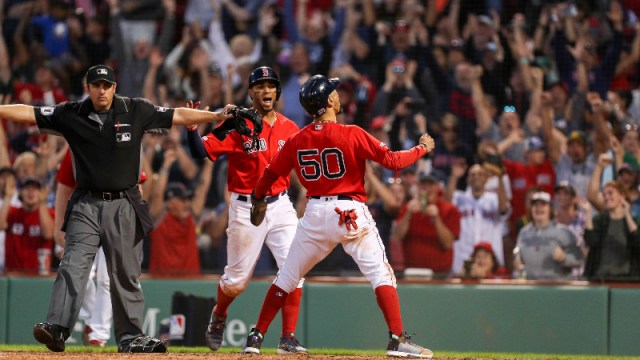