Can Patriots Even Trade For Wide Receiver Help As Rumors Swirl? - NESN.com Skip to content

Without being able to complain about their defense, New England Patriots fans have focused all of their attention toward pining for wide receiver help since the departure of Antonio Brown.

Names like Emmanuel Sanders, Stefon Diggs and A.J. Green regularly are tossed around on social media as trade options. It’s unclear if the Denver Broncos, Minnesota Vikings and Cincinnati Bengals even would be willing to part with those players, but if they are, the Patriots would have a hard time acquiring them.

The Patriots essentially had one shot at adding a significant piece to their 2019 roster, and they used it on Brown, who is eating up $5.75 million worth of salary cap room despite the fact that New England hasn’t paid him. That cap space would open up if Brown loses his grievance with the Patriots, but that might not come until next season. For now, that contract is eating up valuable cap room.

If the Patriots hadn’t acquired Brown, then they would have more wiggle room to add another receiver. But since they signed him to a deal worth $9 million then released him the next week, they now might be “stuck” with their current roster. (The Patriots’ current roster definitely is good enough to win a Super Bowl.)

NFLPA records indicated the Patriots had just $192,198 in salary cap space before they reportedly waived offensive lineman Caleb Benenoch, according to The Boston Globe’s Ben Volin. Miguel Benzan of Boston Sports Journal projected the Patriots having $1,230,698 in cap space. Benenoch’s release should open up another $870,000 is space. So, the Patriots have somewhere between $1 and $2 million in cap room.

Here are the salaries for Sanders, Diggs and Green if the Patriots acquired them today:

The Patriots already opened up cap space multiple times this season by kicking the can down the road. Cornerback Stephon Gilmore’s cap hit is $18.67 million next season. Offensive tackle Marcus Cannon’s 2020 cap hit is $8.92 million. Quarterback Tom Brady will count $13.5 million on the cap even though his contract voids at the end of the 2019 season.

It’s worth questioning if the Patriots would be willing to restructure another contract to open up cap room this season at the expense of mortgaging future space.

Safety Devin McCourty and linebacker Dont’a Hightower own the second- and third-largest cap hits on the 2019 Patriots. McCourty is on the final year of his contract, so it would take a contract extension to lower his cap hit. McCourty was contemplating retirement last season. As of this winter, he was not interested in extending his deal with his future in the air. McCourty’s current cap hit is $13.44 million. The Patriots could open up plenty of space by extending him, but that also would tack that money onto next year’s cap. And it takes two to tango.

Hightower has a cap hit of $10.95 million this season. He’s signed through 2020, but his cap hit next year already is $11.38 million. Would the Patriots really want to increase that already high cap number?

One final way to open up cap space would be to extend linebacker Kyle Van Noy. It might not create enough cap space to acquire a player like Sanders, Diggs or Green, since his salary is only $4.25 million.

There’s also the question of whether the Patriots even need to acquire a receiver. They currently roster Julian Edelman, Josh Gordon, Phillip Dorsett, Jakobi Meyers, Gunner Olszewski and Matthew Slater on their wide receiver depth chart. Edelman is already banged up with a chest injury, and it’s difficult to count on Gordon given his personal history. Dorsett is best used as a No. 3, and Meyers and Olszewski are undrafted rookies.

The Patriots have quality insurance on the physically unable to perform and injured reserve lists in Cameron Meredith and N’Keal Harry. Meredith has dealt with knee injuries for the last two seasons, but he has a 66-catch, 888-yard, four-touchdown 2016 campaign on his resume. Harry was a first-round pick in 2019. So, both players have high upside, but they’re not a guarantee to contribute. Meredith could return as soon as Week 7, while Harry is eligible to come back in Week 9.

The Patriots’ offense didn’t look great Sunday in their Week 4 win over the Buffalo Bills, which has sent some folks into a panic. The Bills have a great defense, the Patriots won anyway, and Edelman and running back Rex Burkhead were limited with injuries. The concerns about the Patriots’ offense are overblown.

In an ideal world, sure, the Patriots would add another No. 1- or No. 2-caliber receiver to their depth chart. But it would be difficult to free up the cap space needed to do so. It also would hamstring the Patriots’ ability to add or re-sign quality players for next season. You can only kick that can down the road for so long before it gets too heavy.

One element to consider is if Brown loses his grievance with the Patriots, that would free up $9 million in cap space next season. That could help the future cap situation if the Patriots did restructure a player like McCourty or Hightower, but it’s no guarantee. Brown very well could win his grievance, and then he would count $4.5 million on the cap next season.

So, can the Patriots open up enough cap room to add another wide receiver? Yes, if they want to increase Hightower’s cap hit in 2020 or if McCourty is willing to sign an extension, but it will make their cap situation difficult next season. And until the Patriots actually do open up cap space, then no, they can’t pull off a trade for a receiver with a considerable contract. 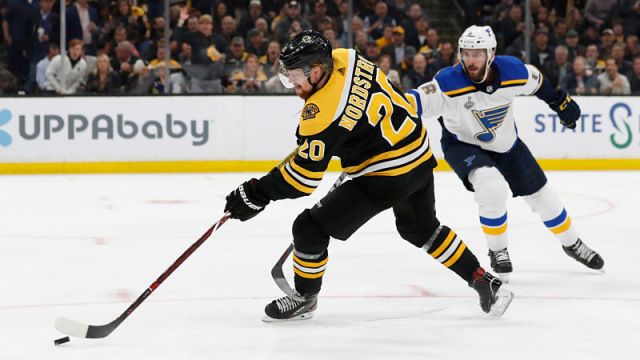 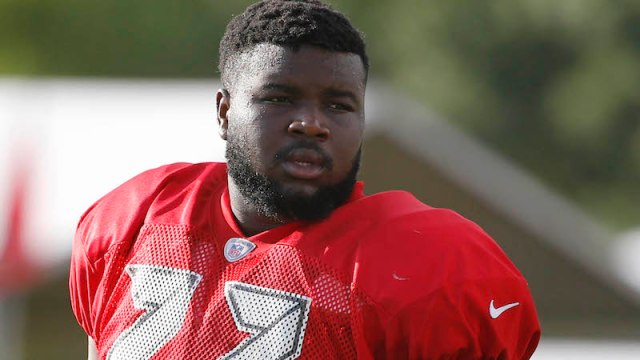