Enes Kanter Likely To Come Off Bench For Celtics To Begin 2019 Season - NESN.com Skip to content

Enes Kanter came off the bench to begin the Boston Celtics’ preseason slate Sunday against the Charlotte Hornets, and it appears that may be a sign of things to come.

Head coach Brad Stevens spoke to reporters Tuesday at the Auerbach Center and indicated that Kanter will “probably come off the bench for the Celtics as they continue to start the four guards and wings,” according to Celtics.com’s Marc D’Amico.

Brad Stevens indicates that Enes Kanter will probably come off the bench for the Celtics if they continue to start the four guards and wings. This will allow the team to play through him more in the post while he?s in.

Having Kanter come off the bench will allow the Turkish center to play a role he’s accustomed to. At 6-foot-11, he thrives in the post and on the offensive glass. Those points will be much more needed with the second unit rather than with the starters, where scoring should not be hard to come by.

Kanter played 67 combined games last season for the New York Knicks and Portland Trail Blazers, starting in 31 of them. The 27-year-old averaged 13.7 points and 9.8 rebounds on 54.9 percent shooting over that span.

He posted 11 points and four rebounds in 20 minutes during his Celtics preseason debut. 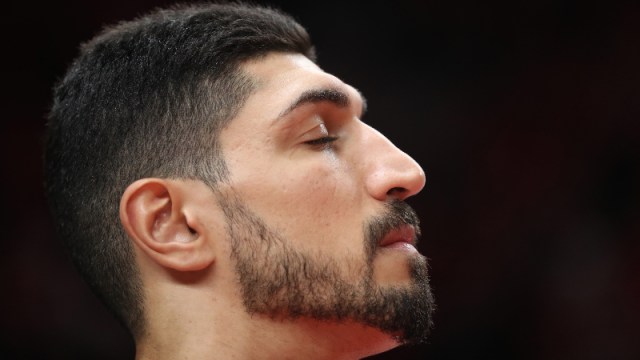