The Boston Celtics center tweeted his support for the Houston Rockets general manager Sunday night amid ongoing backlash over the executive’s backing of anti-government protesters in Hong Kong. Kanter, whose opposition to Turkey’s president, Recep Tayyip Erdogan, has put him at odds with the ruling regime in his native country, noted the contrast between the NBA’s support for his own political views versus league’s reaction to Morey’s Hong Kong stance.

“The @NBA stands with me for freedom and democracy,” Kanter wrote. “It?s made all the difference. I hope we can build bridges, instead of breaking them.”

The @NBA stands with me for freedom and democracy.

It?s made all the difference.

I hope we can build bridges, instead of breaking them. https://t.co/6Y8V16lP7j

What began in June as a protest against a proposed extradition bill has swelled into a movement to bolster Hong Kong’s autonomy from mainland China. However, the Chinese state and many of its citizens view Hong Kong as its sovereign territory and protesters as “separatists,” according to Brooklyn Nets owner and Alibaba Group chairman Joe Tsai.

Morey on Friday night tweeted, then deleted, an image that included the caption: “fight for freedom, stand with Hong Kong.” His tweet drew rebukes from China, the NBA and Rockets owner Tilman Fertitta.

Listen….@dmorey does NOT speak for the @HoustonRockets. Our presence in Tokyo is all about the promotion of the @NBA internationally and we are NOT a political organization. @espn https://t.co/yNyQFtwTTi

The NBA views China as a key market, and the Rockets have a massive following in the country. The silencing of Morey shows how a “third-rail” issue in another country can impact sports in this one.

If anyone could have foreseen that coming, few would have done so better than Kanter. 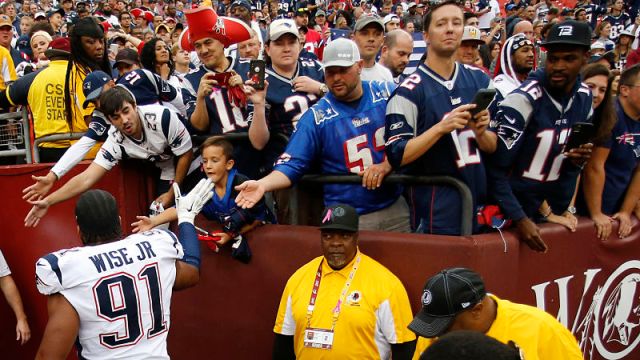