FOXBORO, Mass. — Barring multiple injuries or some truly unexpected turn of events, Cody Kessler won’t play a snap for the New England Patriots this season. With Tom Brady and rookie Jarrett Stidham above him on the depth chart, it’d be surprising to even see Kessler active for a game.

But that doesn’t mean Sundays are off-days for the 26-year-old quarterback.

Before each of New England’s last two contests — wins in Buffalo and Washington — Kessler spent close to an hour working with assistant quarterbacks coach Mick Lombardi on everything from mechanics to reading coverages.

?Just getting the footwork down, getting the reads down,” Kessler, who did not dress for either game, said Tuesday. “Obviously, no one?s out there running routes, but it?s like, ?Hey, speed your feet up on this.? Launch point in the pocket, five-step, play-action stuff. Just stealing extra reps. And I?ve asked him, ?Hey, can we do that every game or as many opportunities as I can??

“And Mick?s been great with it. Mick?s been awesome helping me, going over the install, staying late. And Jarrett, as well. Obviously, he’s helped me out. But Mick?s been great. He?s really taking the time to break everything down and slow it down so I fully get it.”

Another pregame session for Cody Kessler and asst. QBs coach Mick Lombardi. They did the same in Buffalo last week. pic.twitter.com/vMOepaJyK0

Kessler was thrust into a difficult situation when the Patriots signed him three weeks into the regular season, but he already has exceeded expectations. Viewed as an obvious cut candidate last week with Ben Watson set to return from suspension, New England ultimately opted to keep Kessler and release the veteran tight end, with head coach Bill Belichick saying he simply couldn’t find a spot for Watson on the 53-man roster.

“Cody’s done a nice job for us,” Belichick said last week, the first hint that the team viewed the QB as more than a one-week flier. “He’s really smart. He’s come in here. He’s learned — I mean, he’s out there calling plays, signaling receivers, making adjustments like he’s been here longer than two weeks or whatever it is. So, he’s picked things up very quickly. He has a good rapport with all of the players. He’s willing to do whatever we ask him to do. He works extremely hard.”

Joining a team midseason is a tough adjustment for any player, but the environment in New England is much different than the ones Kessler played in during his first three NFL seasons.

As a rookie in 2016, he was forced to start eight games for a horrendous Cleveland Browns team that went 1-15. He then was part of a constantly shifting Browns depth chart in 2017 before being traded to Jacksonville, where he eventually overtook a struggling Blake Bortles and started four of the Jaguars’ final five games last season.

Kessler, who made an unsuccessful bid for a Philadelphia Eagles roster spot this summer, has no shot of starting for the Patriots this year, but he does have a fresh opportunity to hone his skills and knowledge in a low-pressure setting. In the three weeks since he joined the team, he’s sought to learn all he can from Brady and offensive coordinator Josh McDaniels.

?It?s been great,” Kessler said. “Obviously, it?s a lot to learn right away and kind of pick up in the middle of the season where you?re kind of preparing for an opponent instead of install and doing all that. But I?ve sat back and taken as much in as I can when Josh and Tom are talking. Taking notes here and there and little stuff so when I go back, staying late and watching film or going over a play, I can (remember), ?Hey, they said this about that.? It helps a little bit.

“But for me, my biggest thing right now is still obviously learning formations, protections, (Mike linebacker) points, all that — the ins and outs of that and how to read (defenses) and run this offense.?

Of course, personal development isn’t Kessler’s only directive. He and Stidham also are in charge of running the Patriots’ scout-team offense, which helps prepare New England’s NFL-leading defense for each week’s opponent.

?(My goal is to) obviously help in any way I can in practice and do anything I can that way, whether it?s scout team or doing extra stuff here and there or getting some throws in with some of the younger guys,” Kessler said. “Obviously, that?s something that?s important to me on the field, but off the field, (the important thing) is learning this offense and getting up to speed to where I feel comfortable going into a game.

“Obviously, it?s going to take a little bit of time, and I feel like from where I was when I got here to where I am now — just staying late and studying and everything — is far ahead of that.” 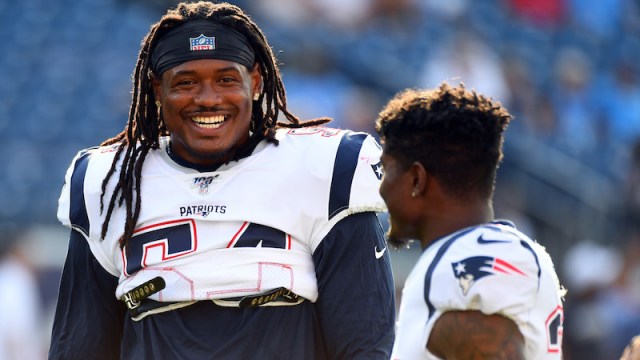 Why Is Patriots’ Defense So Much Better In 2019 Than It Was Last Season? 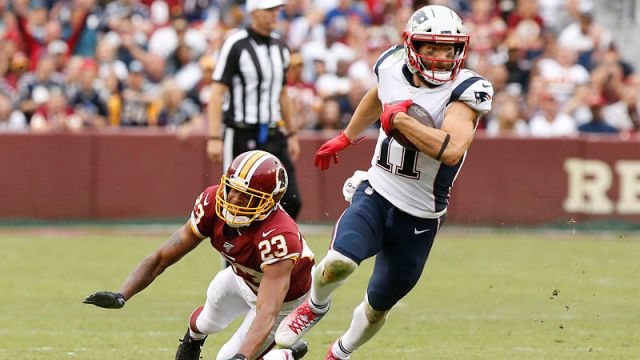