FOXBORO, Mass. — The New England Patriots must have liked what they saw from Mohamed Sanu this week in practice. The Patriots put a lot on Sanu’s plate in his team debut Sunday in New England’s 27-13 win over the Cleveland Browns.

Sanu was on the field for 36 total snaps just four days after he officially was acquired by the Patriots in a trade with the Atlanta Falcons. Of those 36 snaps, 23 were in the slot, 12 came outside, and he lined up in the backfield once. Sanu even was sent in motion 10 times.

Sanu played more snaps in his Patriots debut than Antonio Brown earlier in this season and Josh Gordon last season in their respective first games with New England.

Sanu wasn’t ultra-productive. He caught two passes on five targets for 23 yards including a four-yard grab on fourth down for a first-down conversion, but it was a good start from the 6-foot-2, 210-pound receiver.

So, how did he acclimate so quickly after arriving in Foxboro on Tuesday night?

“I took extra time, walk-throughs,” Sanu said Sunday night. “I came in at night, looked at the tape, the formations, film with Coach Troy (Brown) and Coach (Joe) Judge, So, we all put in extra time, and it paid off.”

Sanu also went through walk-throughs with Brown, Judge and Patriots rookies. Quarterback Jarrett Stidham and wide receivers N’Keal Harry, Jakobi Meyers and Gunner Olszewski all were involved in the process of getting Sanu up to speed.

“He worked really hard,” Patriots head coach Bill Belichick said. “He spent a lot of extra time with everybody, especially Joe and Troy. Obviously, Josh (McDaniels), Tom (Brady) and the other receivers, Phil (Dorsett) and Jules (Julian Edelman) and those guys. But he worked hard and I thought he gained a lot of ground on the offense. Hopefully, he’ll be further ahead next week but I’m glad he’s here and hopefully he’ll be able to contribute for us.”

Sanu conceded to some mistakes, but they were to be expected with so little time in the Patriots’ offense.

“It’s been a lot of adjustments, a lot of keys, a lot of different things, but I’m picking it up,” Sanu said.

Patriots quarterback Tom Brady had talked to Sanu about the play in which they picked up the fourth-down conversion earlier in the week. Sanu acknowledged he was the hot read on the play after the Browns had blitzed.

“He was just like, ‘Be prepared if we’re in this formation and this — exactly what happened,” Sanu said. “I saw him, and I saw it, and I was like, ‘Bet.’ We just executed it.”

Sanu exudes confidence. He called it a “sight to see” watching Brady’s chemistry with Patriots wide receiver Julian Edelman up close. But said he’ll be on the same page as his new QB soon.

“Once I get my feet wet a little more, then we’ll have some fun,” Sanu said.

He and Brady are on the same page there.

“He worked really hard this week to really get up to speed and to play as much as he did,” Brady said. “I think it?s just going to be more and more confidence as he keeps going. He made a huge catch for us on fourth down, had a good crosser that he made a nice catch on, so keep just trying to find ways to get him the ball.”

It was slightly surprising to see the Patriots moving Sanu around so much on offense. He picked up multiple positions in the Patriots’ offense in short order, but made it sound like no big deal.

“No, I just had to put in the work in order to be ready for that,” Sanu said. “There were little things here and there that I have to fine-tune, but I’m good.”

Sanu has spent most of his career primarily playing as a slot receiver, but it still was notable to see him mostly playing inside in New England, as well. He’ll likely share that slot role with Edelman, who also splits his snaps between the slot and outside. Neither Edelman nor Sanu are prototypical X-receivers. Harry, a 2019 first-round pick who’s eligible to return from injured reserve this week, is. Perhaps Harry will take on a bigger role than expected now that he’s healthy and able to play in games.

The Patriots face the Baltimore Ravens next. 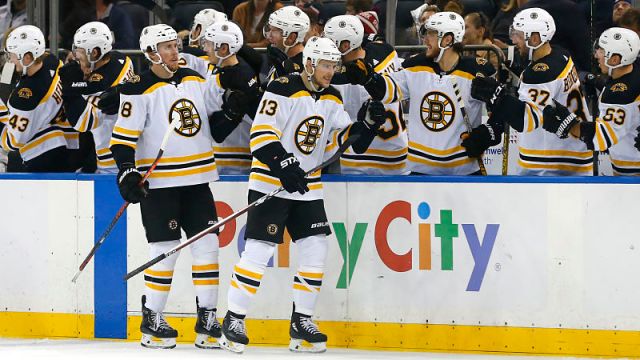 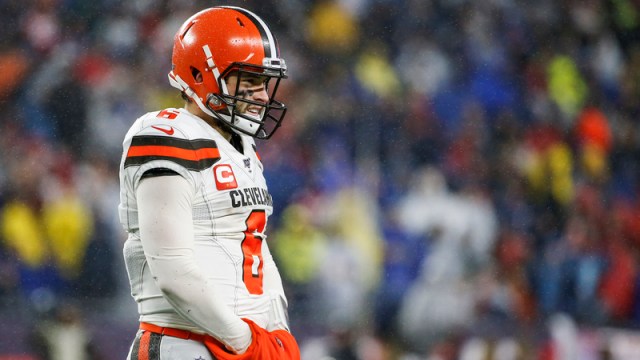 What Happened On Baker Mayfield’s INT To Lawrence Guy? The QB, Coach Explain