EAST RUTHERFORD, N.J. — What happens when one of the NFL’s fullbackiest teams runs out of fullbacks? We found out Monday night at MetLife Stadium.

With James Develin and Jakob Johnson both on injured reserve and unavailable, the New England Patriots found creative ways to satisfy their fullback fix Monday during a 33-0 demolition of the New York Jets.

We speculated last week that newly signed tight end Eric Tomlinson might see some time in the backfield after making several cameos there during his time with the Jets. That proved to be the case, as Tomlinson guided Sony Michel through the hole on the game’s fourth snap.

Tomlinson wasn’t the only fullback fill-in, though. Fellow tight end Ben Watson also saw action as a lead blocker in his first regular-season game for the Patriots since 2009, as did two even more unlikely replacements: linebacker Elandon Roberts and reserve offensive lineman James Ferentz.

?You just never know when you?re this low on numbers,” said Ferentz, a backup center who’d played just 11 offensive snaps all season before Monday. “One guy goes down, and it changes everything. So it just falls back into the old saying: the more you can do.”

On each of his three touchdown runs, Michel was ushered across the goal line by one of these substitutes.

Watson was the first to do so. He lined up in an offset I-formation on the final snap of the Patriots’ 16-play opening drive and, with the help of pulling tackle Marshall Newhouse, cleared a lane for Michel to skip untouched into the end zone.

It was one of three snaps Watson played at fullback in the game, equaling his total from the 2017 and 2018 seasons combined, according to Pro Football Focus.

It was Roberts’ turn in the second quarter. With the Patriots facing first-and-goal from the 1-yard line following a pass interference penalty in the end zone, offensive coordinator Josh McDaniels inserted the hard-hitting linebacker, hoping he’d be able to use his powers to blast open a hole in the Jets’ defense.

Michel, however, was stuffed for no gain on each of Roberts’ first two snaps at fullback. So, the Patriots turned to Ferentz, who’d rotated with Roberts in practice during the week.

With Ferentz leading the way, Michel plunged over the line to put the Patriots ahead 24-0.

?We didn?t have a lot of bodies,” said Ferentz, who occasionally moonlighted as a fullback during his time with the Denver Broncos. “Luckily, E-Rob was able to step in there and do a good job, and then I got called up there, too. Just a benefit — right place, right time.”

Roberts wouldn’t go home empty-handed, though. After a short pass to James White set up third-and-goal from the 1-yard line early in the fourth quarter, his fellow Patriots co-captain got the call and delivered, chopping down linebacker Blake Cashman to open space for Michel to score the game’s final touchdown.

“I guess Coach was confident in putting me at the position, confident that I could go out there and help them out,” Roberts said. “So I took on that role — that extra role for the team. Whatever they need from me.?

Unlike Watson, Ferentz and Tomlinson, Roberts never had played fullback in an NFL game, though he did see some reps there in practice as a rookie in 2016. In fact, the 25-year-old said he hadn’t played a single snap on offense since before high school.

But with his downhill, hard-charging playing style, fullback was a natural fit. 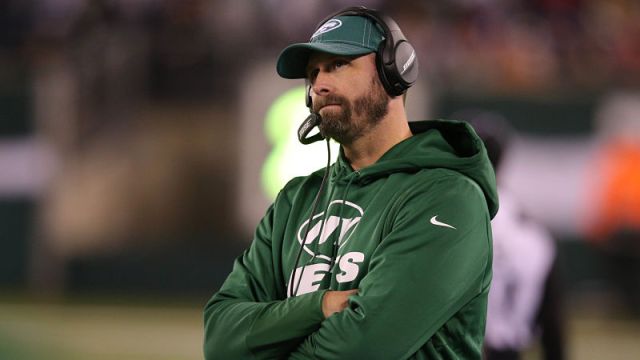 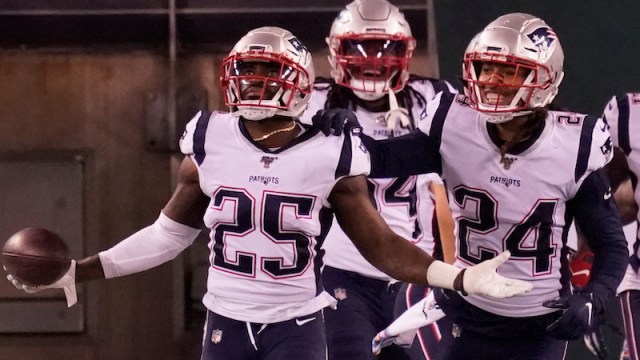