Week 5 of the NFL season certainly brought some twists and turns.

We saw perhaps the upset of the season on Sunday night with the Kansas City Chiefs getting toppled at home. And there was plenty of jostling in our top five.

Let’s get into our power rankings heading into Week 6.

1. New England Patriots (5-0, last week’s rank: 1): It was touch and go in the first half against the Washington Redskins, but the Patriots showed good balance in the second half while the defense continued to be a wagon against lowly opponents. Another “tomato can” awaits.

2. New Orleans Saints (4-1; 3): Teddy Bridgewater has turned out to be quite the insurance policy for New Orleans, throwing for 314 yards with four touchdowns in the Saints’ 31-24 win over the Tampa Bay Buccaneers and getting his third quality victory since taking over for the injured Drew Brees. The Saints are unbeaten in games that their starting quarterback hasn’t been knocked out of.

3. Kansas City Chiefs (4-1; 2): Patrick Mahomes looked shaky for the second week in a row and was banged up in the Chiefs’ loss to the Indianapolis Colts. Teams are allowed to have off weeks, and I’m still not at all convinced there is another team in the AFC other than Kansas City that comes close to the Patriots.

4. Green Bay Packers (4-1; 6): Yes, they almost left the backdoor wide open in the second half, but the Packers absolutely decimated the Cowboys and held the Dallas offense silent for more than a half in Jerryworld. That’s impressive.

5. Seattle Seahawks (4-1; 10): The Seahawks grabbed a big NFC West victory against the Rams on Thursday night and Russell Wilson is playing the best football of his life right now. There is no reason to believe they are not a contender in that conference.

6. San Francisco 49ers (4-0; 8): The 49ers hung on as the only other undefeated team in the league along with the Pats after a decisive pummeling of the Cleveland Browns. It was perhaps their biggest statement win thus far, but then again, it was against the Browns. And it turns out the Browns are … well, still the Browns.

7. Dallas Cowboys (3-2; 4): Boy, the Cowboys sure put together 6 1/2 really poor quarters over the last two weeks. Unfortunately for them, their second-half charge wasn’t enough to cap a comeback at home against Green Bay. This one stings more than the road loss to the Saints, and there’s plenty of reason to have doubts about Dak Prescott after a three-interception performance.

8. Los Angeles Rams (3-2; 5): The NFC West sure is setting up to be a wild one, isn’t it? The Rams drop their second shootout in a row and now face a pretty big challenge at home against the undefeated 49ers. Can the defense bounce back from allowing 85 points over the last two weeks?

9. Philadelphia Eagles (3-2; 11): So we can’t really look too much into the Eagles’ drubbing of the Jets, but that win at Lambeau Field in Week 4 looks even more impressive given the Packers’ win in Dallas, no? The Eagles two losses have come by a combined seven points. This team certainly is capable of winning the NFC East.

10. Buffalo Bills (4-1; 16): The Tennessee Titans offense is anything but a wagon, but that doesn’t take away from the performances the Bills defense has put together this season. Buffalo stayed on the Patriots’ coattails in the AFC East — which is something no one thought they’d say in Week 6 — and is at least worthy of a top-10 spot.

11. Detroit Lions (2-1-1; 9): Lions sat the week out off their impressive push against the Kansas City Chiefs, but they still sit second fiddle in a crowded NFC North. They face a statement game against the Packers on “Monday Night Football” at Lambeau.

12. Indianapolis Colts (3-2; 23): The Colts have been in nail-biters just about every week thus far this season. You have to give Frank Reich a ton of credit for his gameplan on the road at Arrowhead Stadium, keeping Mahomes off the field and getting after him when he was out there.

13. Chicago Bears (3-2; 7): The Bears defense can, and likely will, keep Chicago in most of its games this season. Neither of their losses have been by more than one possession. It’s a very good time to hit the bye week in hopes of getting Mitchell Trubisky back for Week 7 against the Saints.

14. Minnesota Vikings (3-2; 12): The Vikings finally were able to find something along the lines of balance in their offense, letting Adam Thielen erupt in their 28-10 drubbing of the New York Giants. Not sure how much credit they deserve against that Big Blue pass defense, but it was progress.

15. Baltimore Ravens (3-2; 13): Road games in the AFC North never are easy endeavors, especially when it’s Ravens-Steelers, but I’m not all that impressed with the Ravens going down to the wire with Pittsburgh and their third quarterback. Lamar Jackson struggled mightily in the passing game (three interceptions) and after averaging six yards a carry through four weeks, Mark Ingram finally ran into some opposition.

16. Carolina Panthers (3-2; 17): Christian McCaffrey just might be the single best offensive playmaker in the league right now, and that’s really good news for the Panthers as Kyle Allen comes further back down to Earth with each passing week.

17. Houston Texans (3-2; 19): The Texans’ biggest concern, and it’s a big one, is pass protection. So, facing the Falcons, who have no pass rush at all, things went spectacularly. DeShaun Watson threw for 426 yards with five touchdowns. They might have to put up 53 points again to hand the Chiefs their second consecutive loss.

18. Oakland Raiders (3-2; 24): For the second week in a row, the Raiders were able to get the ball rolling on offense with a solid running game. Josh Jacobs looks formidable. Oakland gets a bye before a prove-it game against the Packers.

19. Jacksonville Jaguars (2-3; 18): One week after an impressive comeback win against the Denver Broncos, Gardner Minshew could not recreate that magic in Carolina, with his last-second Hail Mary (the Jaguars got three attempts thanks to penalties) coming up well short.

20. Los Angeles Chargers (2-3; 15): A woeful performance from Philip Rivers and a banged up Chargers team handed the Broncos their first win of the season. Other than a cakewalk against the Dolphins, the Chargers haven’t shown any efficiency on offense since Week 1.

21. Tampa Bay Buccaneers (2-3; 20): The Bucs nearly pulled off their second big upset in a row, pushing the Saints to the brink in New Orleans. But Jameis Winston couldn’t find success in the passing game unless it was throwing to Chris Godwin (seven receptions, 125 yards, two touchdowns).

22. Tennessee Titans (2-3; 21): If the Patriots couldn’t crack the Bills defense, the Titans had absolutely zero chance. It was a tough realization after a nice performance in Week 4, but the Titans offense just is not very good.

23. Cleveland Browns (2-3; 14): Oh, the Browns, such high hopes we had for thee. Baker Mayfield has been terribly inconsistent and that might be putting it nicely after his Monday night performance against the 49ers (100 yards, two interceptions, 16.2 passer rating). It’s likely only going to get worse with matchups against the Seahawks and Patriots coming up this month.

25. New York Giants (2-3; 25): Saquon Barkley could be back a lot sooner and that’s tremendous news for a Giants team that is rather banged up. But they play the Patriots on Thursday night and that will be no fun at all, regardless of whether Barkley is on the field.

26. Denver Broncos (1-4; 27): The Broncos got on the board thanks to solid pressure on Rivers in a stout defensive performance.

27. Pittsburgh Steelers (1-4; 26): Say hello to third-string quarterback Devlin Hodges, who did an admirable job in helping Pittsburgh force overtime on Sunday. Not sure the Steelers run game is good enough to lean on it the way they’ll need to, though.

28. Arizona Cardinals (1-3-1; 28): They had to fight tooth-and-nail to beat the Bengals, but, Kyler Murray is running more and that’s a good thing. Keep doing that.

29. Cincinnati Bengals (0-5; 29): If we could rank the next four teams at 32, we would. Andy Dalton actually managed to put up one of his better games so far this season, but most of it came in the fourth quarter.

31. Washington Redskins (0-5; 31): Turns out Rex Ryan was right, Colt McCoy was not the answer. And neither was Jay Gruden. 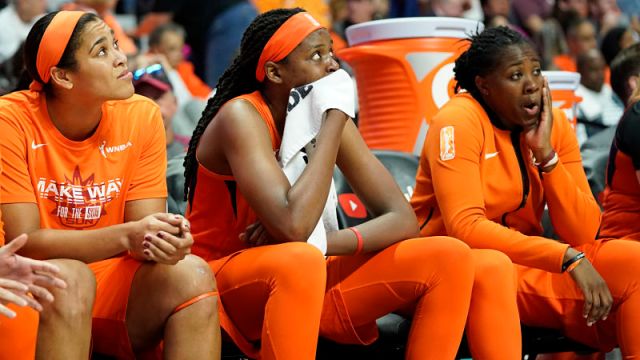 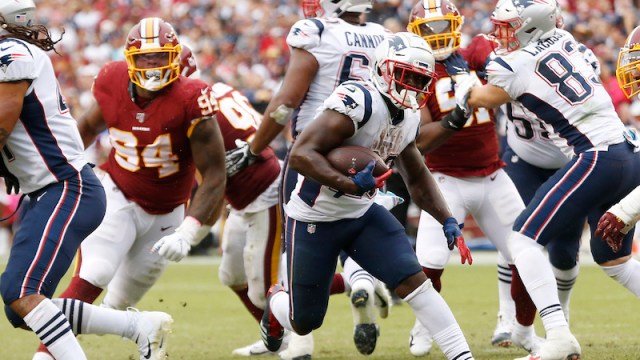