Patriots Couldn't Believe How Many Fans They Had At Redskins' Stadium - NESN.com Skip to content

LANDOVER, Md. — Yes, Landover, Md. Even though it felt more like Lowell, Mass.

Thousands upon thousands of New England fans converged on FedEx Field on Sunday, giving the Patriots a true home-field environment during their 33-7 victory over the lowly Washington Redskins.

In the parking lots, concourses and burgundy seats, Patriots supporters far outnumbered those cheering for the actual home team, which has won just once in its last 12 games.

“That was ridiculous,” Patriots quarterback Tom Brady said after the game. “That was pretty amazing. That felt like a home game, right from the time we got to the hotel (Saturday) afternoon until we ran in after the game. That was pretty sweet. We appreciate all the support down here, and it was good to come down here and get a win in front of them.”

This is easily the largest Patriots crowd I?ve ever seen at a road game. They?re far outnumbering Redskins fans. pic.twitter.com/vW2bTTJY8W

Brady received a massive ovation when he took the field in pregame warmups — dwarfing the mild applause Redskins QB Colt McCoy heard upon his entrance — and had a sizable portion of the crowd chanting his name as New England began to pull away in the second half.

It was a stark difference from last week, when Buffalo Bills fans greeted the Patriots’ buses with middle fingers galore ahead of their annual visit to New Era Field.

“It was confusing,” wide receiver Josh Gordon said. “I would say it felt like a home game — just like Foxboro, to be honest. It was great to have that support, our fans traveling. Maybe we got some converted Redskin fans. But it was awesome nonetheless.”

Patriots fans typically travel well, and the franchise’s reach extends well beyond the borders of New England. But total stadium takeovers like the one they saw Sunday are rare. 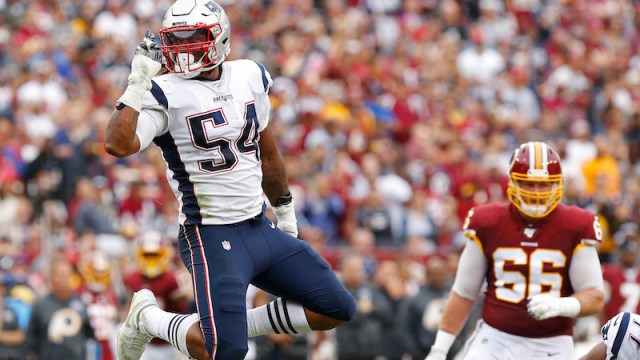 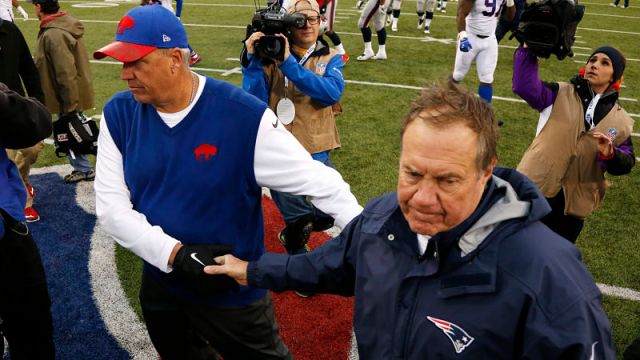