For only the second time this season, the New England Patriots are facing a losable game on their schedule.

The Patriots take on the New York Jets on Monday night. This is perhaps the second-toughest game they’ve faced this season behind their Week 4 matchup with the Buffalo Bills. Will they lose? Probably not. Could they lose? Sure. And that’s more than you could say about their games against the Miami Dolphins, Washington Redskins, New York Giants or when they took on the Jets with quarterback Luke Falk at the helm.

The Jets are a different team with Sam Darnold at quarterback. They still face an uphill battle to beat the Patriots, however.

What do feel about a Mohammad Sanu trade?
#MailDoug
— @Krithik90843901
I know the Atlanta Falcons are bad, but do we know Sanu would be available in a trade? He has another year left on the five-year deal he signed in 2016. It’s certainly possible he’s available, but do we know that for a fact?

The Patriots were interested in Sanu when he was a free agent, and he’s relatively affordable. If the Patriots packaged Michael Bennett in a trade for Sanu, then the wideout could fit under the Patriots salary cap. He’d be a decent option.

Would he definitely, absolutely, certainly start over Phillip Dorsett or N’Keal Harry, though? I don’t really know.

This is all speculation anyway. I know Patriots fans want to trade for every receiver they deem should be available. We just don’t know which names actually could be moved.

Doug, how crazy is it that Tom Brady is able to win games when their WR depth consists of undrafted rookies? #MailDoug
— @corybpowell
Is it OK if I think it’s not that crazy? The Patriots won plenty of games in 2013 when Aaron Dobson and Kenbrell Thompkins were their No. 3 and 4 receivers. At least Jakobi Meyers and Gunner Olszewski are No. 4 and 5 on the depth chart.

We’ll get into the wide receiver situation later, but I don’t think it’s as dire as some people make it out to be.

Are there any decent fullbacks you could see the pats targeting?
— @ChefdDds89
The Patriots are pretty picky when it comes to fullbacks. They worked out Orson Charles, Ricky Ortiz and George Aston on Thursday and didn’t sign any of them. When they lost James Develin in 2015, they basically went the entire season without a fullback.

By the way, George Aston is definitely the most 1950s name. I feel like George Aston would have played fullback for the 1955 Chicago Bears. Or he’d be a character in a black and white 1950s Christmas movie. George Aston is your grandpa’s best friend from high school.

How do you think the team will adjust with the loss of both of our FBs? What chance is there we see an out of position player in at FB?
— @MackDonahue
I think the Patriots will deemphasize the position. When the Patriots do need a fullback, however, I believe tight end Eric Tomlinson will take over those duties.

Ultimately, I think the Patriots will move to more outside runs where they have two tight ends on the field.

What?s the Patriots? biggest position of need in your opinion?
— @DirtyWaterBuzz
I personally think the Patriots will be fine with their current roster. Wide receiver or tight end would be the popular answers. Tight end would be an easier position to upgrade with Tomlinson, Ben Watson and Ryan Izzo currently holding down the fort until Matt LaCosse comes back from a knee injury.

If the Patriots can acquire a complete starting-caliber tight end in a trade, then it would make a lot of sense. Those types of players are hard to come by, however.

The Patriots have higher quality players at wide receiver with Julian Edelman, Josh Gordon, Phillip Dorsett, Jakobi Meyers and Gunner Olszewski filling out the depth chart until N’Keal Harry returns. The Patriots don’t have an Edelman-, Gordon-, Dorsett- or Harry-level talent at tight end. If the Patriots had a tight end on injured reserve who was selected in the first round of the 2019 NFL Draft, you don’t think we’d all be projecting him as a Week 9 starter? It’s not immediately evident if Harry will even take a starting role from Dorsett as the No. 3 wide receiver.

Doug, the Patriots were left to a one formation grouping on offense last week. I know the injuries played a major role but did the short week play into that as well? For a team that is always a step ahead that seemed very bizarre and un-Patriot like.
— @jspinato8
I think it was mostly due to injuries. The Patriots went into the game without Rex Burkhead and Dorsett then lost Gordon, LaCosse and fullback Jakob Johnson. That’s more attrition than most teams can handle.

If Burkhead had been active, then the Patriots could have run pony sets with him and fellow running back James White on the field. The Patriots were also left with just one tight end, no fullback and three wide receivers.

Which NFL venue has the best chicken tenders? #MailDoug
— @TheRealZiploc
I don’t typically partake in concourse food at NFL stadiums. I eat the media meals, and chicken tenders typically aren’t a part of them. Sorry, Ziploc.

What players do you think the Patriots would be willing to part with via trade?
— @ToriGrignon
I could see them trading Bennett. Otherwise, I don’t know. Maybe Izzo?

Does Dorsett play this week?
— @SAJuice1
He said he’ll be fine. So, I’ll take him at his word.

What are you doing? #MailDoug
— @DannyRoach17
Currently hanging out in the Patriots media workroom trying to get the mailbag done early on Thursday. We’ll see how this goes.

Sup
— @thisryanjackson
Not a whole lot. I’m a little thrown off by a Thursday night game followed by a Monday night game. Thursday is essentially a Wednesday as far as the Patriots’ schedule goes, so it feels weird to be writing a mailbag.

What is your favorite cereal?
— @Bahston1218
I’m not a big cereal guy, but I’d go with Cinnamon Toast Crunch. 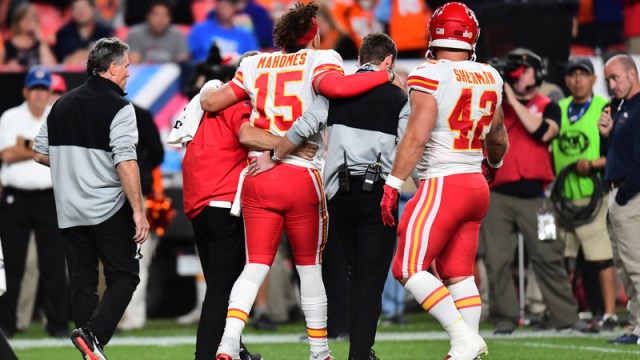 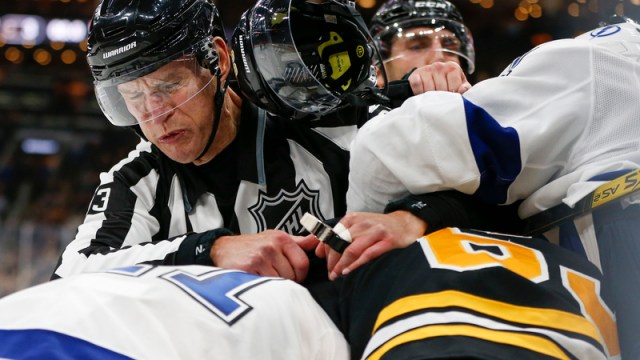