Pulling together some notes and nuggets from Tuesday’s New England Patriots conference calls:

Simon, a less-heralded member of the Patriots’ “Boogeymen” linebacking corps, strip-sacked Sam Darnold during Monday night’s 33-0 blanking of the New York Jets and quietly is putting together a stellar 2019 season for New England’s top-ranked defense.

Here’s a game-by-game rundown of Simon’s accomplishments through seven weeks:

Simon’s success has been a prime example of a player maximizing his opportunities. The 29-year-old journeyman has been on the field for just 44.8 percent of the Patriots’ defensive snaps this season but makes impactful plays on a near-weekly basis.

“I would say one guy that defines tough, smart, dependable is John Simon,” Patriots outside linebackers coach DeMarcus Covington said Tuesday. “He?s a guy where you wish you had more guys like him because he?s so freaking smart, so tough, dependable. You hear other guys? names throughout the week. You always hear Jamie or Hightower or Van Noy, but John Simon — he?s a guy who might not get the recognition, but in this building, he?s definitely one of our guys we lean on each week.

“He came up (Monday) night with a big play for us. Each week, there is something he does for us, whether it?s setting the edge, doing that job in the run game, coming up with a big strip-sack (Monday) night for us. All those things he does for our team are the definition of a player we want. We want smart, tough, dependable players.”

“We?ve practiced against Elandon for a number of years,” McDaniels explained. “James Develin and he have had some legendary battles in nine-on-seven in training camp and those kind of things. He?s obviously one of the toughest guys we?ve got. He?s kind of built low to the ground. He?s kind of got that natural leverage that you need, either as a guy that takes on blocks or a guy that makes blocks.”

With Develin and Jakob Johnson both on injured reserve, the Patriots used four different players at the fullback spot against the Jets: Roberts, offensive lineman James Ferentz and tight ends Ben Watson and Eric Tomlinson. Roberts, Ferentz and Watson all served as lead blockers on Sony Michel touchdown runs in the win.

It’s rare for the Patriots not to have a true fullback on their 53-man roster, but New England has a long history of using players from different position groups in that role. McDaniels mentioned linebackers Mike Vrabel and Junior Seau, defensive lineman Richard Seymour and O-lineman Dan Klecko, all of whom made cameos at either fullback or tight end during their respective Patriots tenures.

“There?s a sharing that goes on during the course of the meetings and then practice and just trying to do the things you need to do to make sure that the player is prepared to do the role that you?re asking him to do on game day,” McDaniels said. “I thought (Roberts) went in there and did a decent job. It?s always exciting to have one of those guys go in our huddle and operate and fit in well. Elandon?s a great teammate, very unselfish. That?s why he?s a captain and plays his role to the best of his ability every week. It was good to have him in there.”

Roberts practiced some at fullback during his rookie year in 2016 but said he hadn’t played an offensive snap in a game since before high school.

— The Patriots will face one of the NFL’s top pass rushers this Sunday in Cleveland’s Myles Garrett, who currently is tied for the league lead with nine sacks in six games.

Garrett rushes from both sides in the Browns’ defensive scheme, meaning left tackle Marshall Newhouse and right tackle Marcus Cannon both should see plenty of the 2017 No. 1 overall draft pick.

?I wish we didn?t have to play against him,” Patriots coach Bill Belichick said in a call with Cleveland reporters, via Cleveland.com. “He?s pretty much impossible to block. They put him in a lot of different places, so you don?t always know where he?s going to be. But wherever he is, you’d better find him and block him, or he?ll ruin the game.”

Garrett racked up 10 total pressures in Cleveland’s Week 6 loss to the Seattle Seahawks, according to Pro Football Focus. This will be his first time facing the Patriots, whose offensive line has looked shaky at times this season. 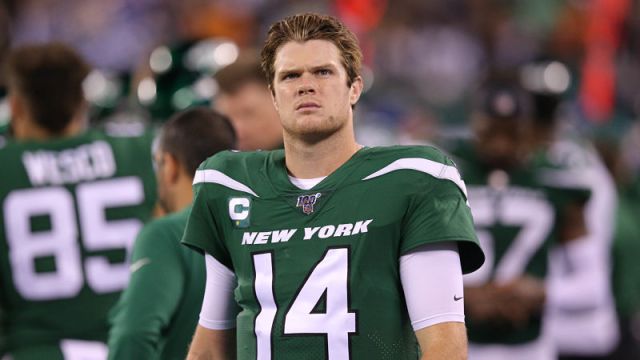 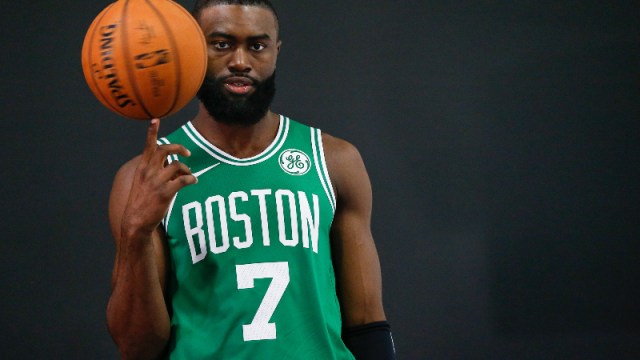