FOXBORO, Mass. — Some assorted notes and nuggets from the New England Patriots’ 35-14 victory over the New York Giants on Thursday night at Gillette Stadium:

— The Patriots have a full 10 days off before they play the New York Jets at MetLife Stadium next Monday night. They’re going to need it.

New England also was without wide receiver Phillip Dorsett (hamstring) and running back Rex Burkhead (foot), both of whom were inactive for the game.

Those various absences, especially within the offensive skill positions, forced the Patriots to simplify their personnel usage as the game wore on. They spent nearly the entire second half in “11” personnel with three wide receivers (Julian Edelman, Jakobi Meyers and Gunner Olszewski), one tight end (Ryan Izzo) and one running back (typically James White or Sony Michel).

“We dealt with some things offensively that limited our personnel groups,” head coach Bill Belichick said after the game. “Defensively, yeah, there were some guys in and out as well. Our depth helped us in that situation, and the coaches did a good job, players did an excellent job of managing those groups with different people subbing in for them.

“That’s football. Things like that happen. You just have to be able to adjust to it. But our players do a great job of just working with whoever’s in there and making sure we get the communication and the assignments right.”

— Meyers and Olszewski garnered praise for their contributions to New England’s banged-up receiving corps, but Edelman has been the workhorse of that group.

Playing through an injury of his own (a chest/ribs issue that’s limited him in practice since Week 3), Edelman has caught 17 passes for 223 yards and one touchdown over the past two games. He led all receivers Thursday night with nine catches for 113 yards, including a spectacular diving grab that set up New England’s final score.

— This was one of the more unorthodox scoring summaries you’ll find in a Patriots game. New England’s five touchdowns came via:

— The Patriots are off to just the fourth 6-0 start in franchise history and their first since 2015. 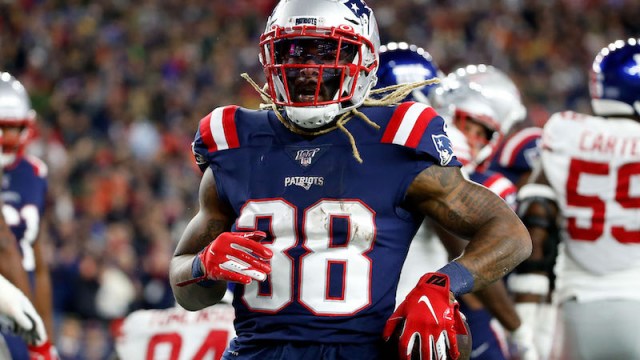 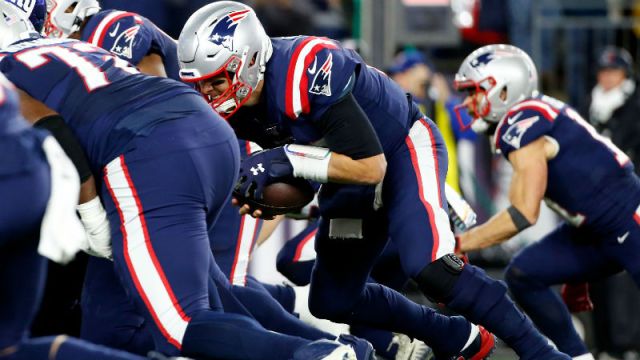