LANDOVER, Md. — Some assorted notes and nuggets from the New England Patriots’ 33-7 victory over the Washington Redskins on Sunday at FedEx Field:

After alternating between subpar and passable rushing performances over the Patriots’ first four games,  New England’s second-year back finally broke out against the Redskins, carrying 16 times for 91 yards and a touchdown while also catching three passes — his first of the season — for 32 yards.

Or, more accurately: Michel finally broke out in the second half of Sunday’s game. He carried the ball four times for just 10 yards before halftime (2.5 per carry) before gashing Washington’s defense for 81 yards on 12 totes (6.75 per carry) after the break, including rushes of 11, 25, 14 and 12 yards.

The 14-yarder resulted in New England’s third touchdown of the game and might have been Michel’s most impressive run of the season. He got key blocks from pulling left guard Joe Thuney, fullback Jakob Johnson and tight end Matt LaCosse, spotted the hole and broke two tackles, delivering a fierce stiff-arm to the face of safety Montae Nicholson as he crossed the goal line.

The score came three plays after Michel galloped 25 yards down the sideline for his longest gain of the season to date.

The Patriots as a team ran the ball much more successfully — and much more often — after halftime. Seventy-four percent of their handoffs (20 of 27) and 85.4 percent of their total rushing yards (111 of 130) came during the final two quarters.

This renewed emphasis on the ground game helped New England turn a precarious 12-7 lead at half into a comfortable victory. Michel and Co. found the end zone on three of their first four second-half possession to put the game away.

“I think one thing that did help was the play count got up there pretty high,” quarterback Tom Brady said of the team’s increased rushing success. “We had quite a few plays by halftime. Any time you do that, you feel like you’re going to wear the other team out, and those 3-yard runs become 6, and then finally, you can break one.

“And Sony did. Sony broke a long one going with our sideline, and then the touchdown run. It was great to see. He ran hard. He ran his butt off. I’m proud of him.”

— Since Michel entered the NFL as a first-round draft pick last year, the Patriots are 11-0 in games in which he scores a touchdown.

— Ben Watson was eligible to play in this game after being suspended for the first four, but the Patriots declined to activate him ahead of Saturday’s deadline, choosing instead to roll with the duo of Ryan Izzo and LaCosse at the position.

“We always try to take the matchup and the game plan we feel will be the best game plan for the game,” head coach Bill Belichick said when asked about Watson after the game. “It’s what we do every week.”

Izzo, who’s struggled mightily as a blocker this season, turned in the best performance of his young Patriots career, catching his first NFL touchdown pass and laying a key block on Michel’s 25-yard run. The 2018 seventh-round draft pick also pulled in a 29-yard catch on the Patriots’ first scoring drive.

“Whenever the offense is moving, I’m happy,” Izzo said.

LaCosse was less of a factor in the passing game — he had one catch for 22 yards and dropped two passes — but was able to play 72 of 77 offensive snaps after logging just 11 last week. He’s been hindered all season with an ankle injury and didn’t play in two of the Patriots’ first three games.

In order Watson to play Thursday against the New York Giants, the Patriots must add him to the 53-man roster and make a corresponding roster move.

— We’ve yet to see Cody Kessler in a Patriots uniform, but the third-string quarterback has made the most of his Sundays since signing with New England two weeks ago.

Before each of the last two games, Kessler has spent close to an hour working 1-on-1 on the field with assistant quarterbacks coach Mick Lombardi.

Another pregame session for Cody Kessler and asst. QBs coach Mick Lombardi. They did the same in Buffalo last week. pic.twitter.com/vMOepaJyK0

Second-string QB Jarrett Stidham, who threw a pick-six in his NFL debut two weeks ago, replaced Brady midway through the fourth quarter and guided the Patriots’ final two possessions without incident. 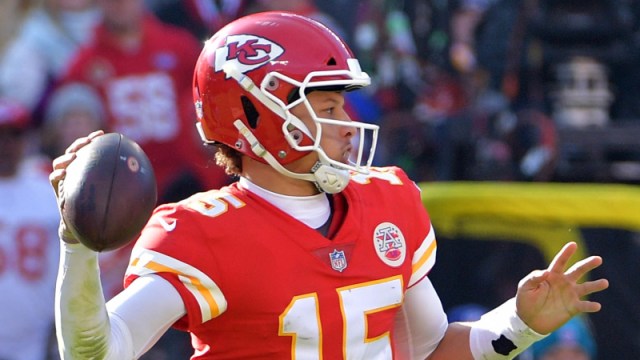 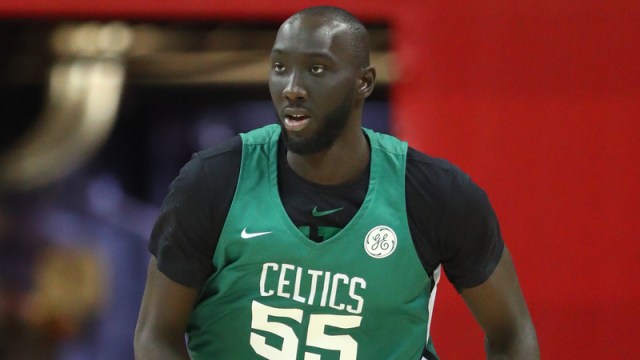