Beckham gave Brady cleats made from goat hair. The footwear is a play on Brady’s nickname, “The GOAT,” or the greatest of all time.

?I have them,” Brady said Monday morning on WEEI’s “The Greg Hill Show.” “That was pretty cool. That was very, very nice of him. It?s pretty unique. I have never had anyone do that for me. It was very thoughtful. I certainly appreciate it.?

Brady and his younger son, Ben, were spotted chatting with Beckham in the halls of Gillette Stadium after Sunday’s game. Brady was asked on WEEI about his son’s fandom of Beckham.

“My oldest son lives in New York and he?s a big fan of his and all the kids at school in New York after he made that catch was, ?OBJ! OBJ! OBJ!? So then my son Benny from his older brother got to know who he was,” Brady said. “It was pretty nice. He?s a great player. I always wish him a lot of success. They are going to keep plugging along there and we?re going to keep plugging along here and see how it shakes out at the end of the year.?

Brady was not asked what he and Beckham chatted about for so long after the game. Patriots cornerback Stephon Gilmore and former Patriots running back Kevin Faulk joined the conversation near the end.

Beckham has long admired Brady. He said last week it’s a dream of his to play for the Patriots QB. 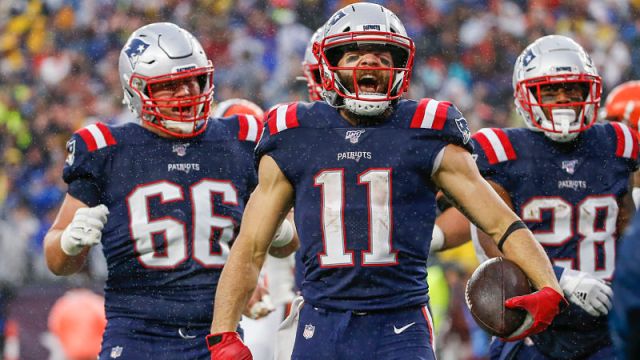 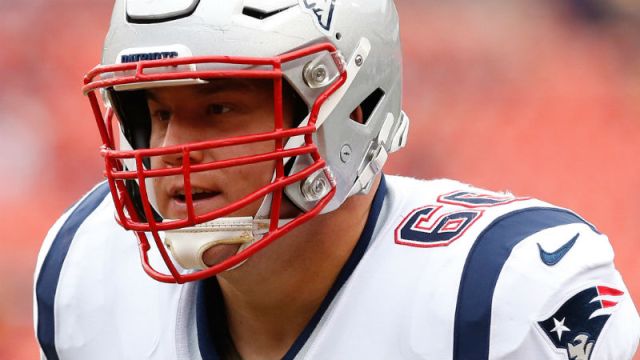 Why Patriots’ Win Over Browns Was Extra ‘Special’ For James Ferentz