EAST RUTHERFORD, N.J. — Three years ago, Malcolm Mitchell caught seven passes over his first eight games in a New England Patriots uniform. Then, over his next eight, he caught 32, including a clutch six-catch performance in Super Bowl LI.

The surehanded 22-year-old stuffed the stat sheet during the preseason and is beginning to emerge a reliable weapon for quarterback Tom Brady as he nears the midway point of his first NFL campaign.

With knee and ankle injuries sidelining No. 2 receiver Josh Gordon Monday night, Meyers caught five passes on five targets for 47 yards in a 33-0 spanking of the New York Jets at MetLife Stadium. One week earlier, with Phillip Dorsett sitting out with a hamstring issue and Gordon knocked out before halftime, Meyers tallied four receptions on four targets for 54 yards in a 35-14 win over the New York Giants.

All told, Meyers has caught 13 of the 15 passes thrown his way this season — an 86.7 percent catch rate that leads all Patriots wide receivers. And Brady is taking notice.

“He’s done a great job taking advantage of his opportunity,” Brady said after Monday’s game. “I’ll keep throwing to him. He does a good job of getting open. I’ll just keep trying to go to the open guy.”

Meyers’ five receptions against the Jets included a third-down conversion on the game’s opening drive and a 23-yard pickup that helped set up New England’s third touchdown.

On the former, the ex-college quarterback sat down in a soft spot in New York’s zone defense to pick up 9 yards on third-and-7. On the latter, he used the same type of nifty footwork he showcased this summer to separate from cornerback Trumaine Johnson in man coverage.

Meyers’ impact went beyond the numbers, too. He also drew two defensive pass interference penalties — both on third down, one in the end zone — and delivered the key block on a Julian Edelman catch-and-run that gained 14 yards on third-and-10.

“We knew the situation with Josh going down for the week,” Meyers said, “so I had to make sure that I was going to be where Tom needed me to be and there would be no fall-off in the offense. … I?m already pretty confident in myself, but hopefully (my performance) is giving my teammates confidence and it?s giving my coaches confidence and they can see what I can do.?

Meyers, who’s had to subsist on scout-team reps for much of the season, did see more time with Brady and the starting offense during practice this week to prepare for Gordon’s absence. Even those opportunities were limited, however, with Edelman and Dorsett occupying the top two spots on the updated depth chart.

Still, Meyers knew he’d have a significant role against the Jets, and he did all he could to prepare accordingly.

“I would say since this is the Patriots, we don?t really have an excuse here,” Meyers said. “So if I was to come in and not be ready because I didn?t have any reps with (Brady), that would just look bad on my part. I got to watch guys like Phil and Julian go throughout the week. I?ve just got to learn as much as they do and pay attention whenever they go in and get the mental reps, so when it was my turn, I was able to handle it.”

Meyers has handled it so well, in fact, that he deserves for this steady stream of targets to keep flowing even after Gordon is healthy enough to return and fellow rookie N’Keal Harry — eligible to return from injured reserve in two weeks — is back in the fold. He’s working his way into Brady’s hallowed circle of trust, though he’ll admit he still has work to do in that regard.

“Oh, no, I?m not there yet, but it?s definitely improving every day,” Meyers said. “One day isn?t going to make yourself for him. I?ve got to come out and do it day in and day out and keep showing him that I can be reliable, consistent — all those things.” 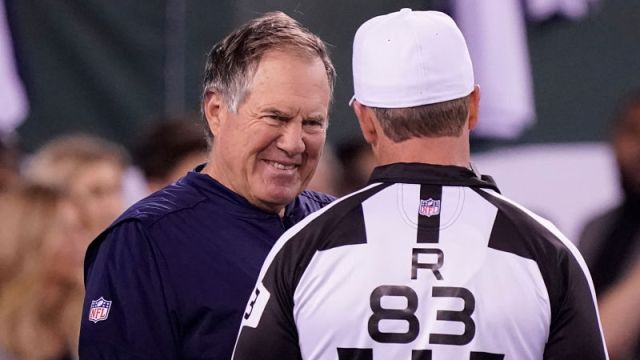 Bill Belichick Amused Himself With Intentional Penalty Strategy Vs. Jets 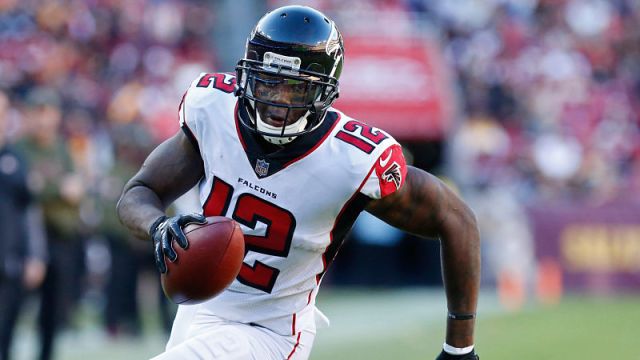