What Can Patriots Expect From Their New-Look Tight End Depth Chart? - NESN.com Skip to content

The New England Patriots decided to pull a 180 on tight end Ben Watson over the last week.

The Patriots re-signed the 38-year-old tight end Tuesday. The move came just eight days after the Patriots released Watson on the final day they could lift his exemption and activate him from a four-game suspension.

So, why the change in heart? It’s simple, really. In Thursday’s 35-14 win over the New York Giants, fullback Jakob Johnson was lost for the season with a shoulder injury, and tight end Matt LaCosse suffered a knee injury that reportedly will keep him out a few weeks. The Patriots needed some bodies to add to their tight end room, so they re-signed Watson and acquired free agent Eric Tomlinson.

Watson and Tomlinson join Ryan Izzo among healthy tight ends on the Patriots roster. What should we expect from the new-look group?

Tomlinson is expected to be the blocking specialist. The 27-year-old has just 16 catches on 25 targets for 193 yards with a touchdown in 39 career games. It would be surprising if he received more than a handful of targets during his Patriots tenure. Think of Tomlinson as this year’s version of Matt Lengel or Matthew Mulligan. Lengel, in 2016, and Mulligan, in 2013, received just three targets apiece.

The former Jet and Giant also has experience as a fullback. Tomlinson played 42 snaps at fullback last season, 33 in 2017 and eight in 2016, per Pro Football Focus. Tomlinson probably won’t play many snaps from the backfield, but he has some versatility.

Watson should be the bigger receiving threat. Patriots quarterback Tom Brady can’t decide who the team sigsn or puts on the field, but he does have the final say on who sees targets. While Brady clearly lacks trust in Izzo and LaCosse as pass-catchers, he has a long history with Watson. Expect Brady to actually target Watson at times when he’s not wide open. Brady hasn’t put that same level of trust in Izzo or LaCosse. We’ll see how much Watson has left in the tank. He’s not as athletic as he was in his first stint with the Patriots, but he’s still New England’s best pass-catching option at the position.

As for Izzo, it will be interesting to see his role moving forward. If the Patriots want three big-bodied skill-position players, he could still have a role on game day. If not, then he’d be the most logical candidate to make inactive. Izzo was supposed to be a complete player in the Patriots’ offense, but he’s struggled as a run blocker. He has been more productive than expected as a pass-catcher, hauling in six passes for 114 yards with a touchdown. Brady typically only targets him when he’s wide open, however.

When LaCosse returns from his knee injury, someone will likely have to go. That could coincide with wide receiver N’Keal Harry’s return off of injured reserve. Harry can be activated prior to the Patriots’ Week 9 matchup against the Baltimore Ravens. New England will need to make room for him on the roster. If LaCosse is healthy, perhaps Tomlinson, Izzo or Watson will be cut. 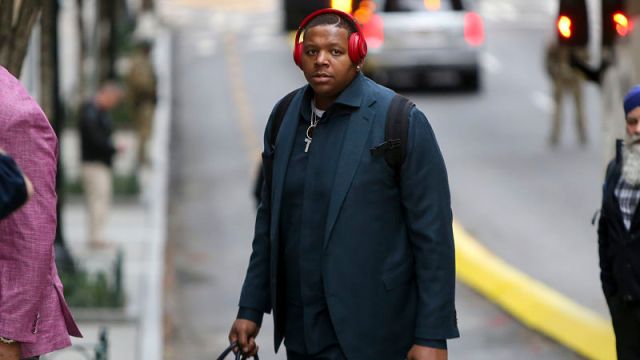 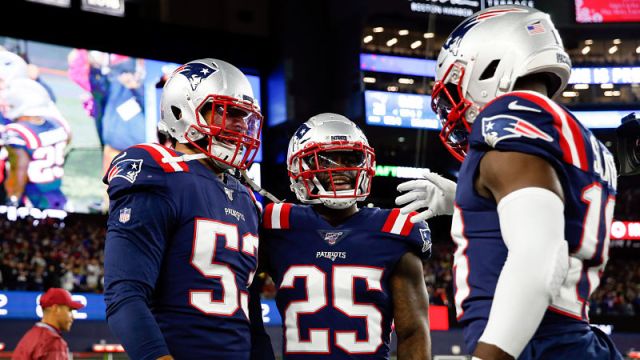