Why Patriots' Win Over Browns Was Extra 'Special' For James Ferentz - NESN.com Skip to content

With Shaq Mason inactive with an ankle injury, Patriots coach Bill Belichick opted to start Ferentz at right guard. It was the first NFL start for the 30-year-old, who had played just 24 offensive snaps over the last two seasons entering Sunday.

“It was a lot of fun to get out there with the guys and finally contribute on the field,” Ferentz, who’s been in the league since 2014 and with the Patriots since 2017, said after the game. “… It means a lot. I love this sport, I grew up in this sport, and for me, it’s been a little bit different path than most, but I’m just really fortunate to be in the right place at the right time.”

“Shaq was just a fluid situation all week, so it was kind of hard to even make a call,” Ferentz said. “I think that no one really could until (Sunday) morning when he went out there for his workout and it just wasn’t going to happen. …

?Coach Belichick preaches the value of having a routine so that when something does happen, you’re not just thrust into something new. You approach each week the same whether or not you’re playing, and I’ve been really important to have a lot of experience in that backup role of continuing and good routine and developing that routine. And this week, it just ended up working out. It was just a really unfortunate situation with Shaq, and you hope he’s OK coming down the road here.”

Ferentz had some issues in pass protection (four hurries allowed) but graded out as the Patriots’ best run blocker by Pro Football Focus. He also was involved in one of the game’s biggest plays, sprinting downfield to help clear a path for running back James White on the 59-yard screen pass that set up New England’s final touchdown.

“I feel like I settled down,” said Ferentz, who made a cameo at fullback during last week’s win over the New York Jets. “As the game went on, I thought I played a little bit better. But obviously, there’s a lot to fix and a lot to correct.”

Before Sunday, Ferentz had appeared in 30 games as a reserve for the Patriots and Denver Broncos and won Super Bowls with both franchises. He spent the entire 2017 season on New England’s practice squad and half of 2018 there, as well, and was released during final cuts this summer before re-signing one week later following the failed Russell Bodine experiment.

To finally see his name in the starting lineup for the first time was a special experience for the humble veteran, made even more so by a calendar coincidence. 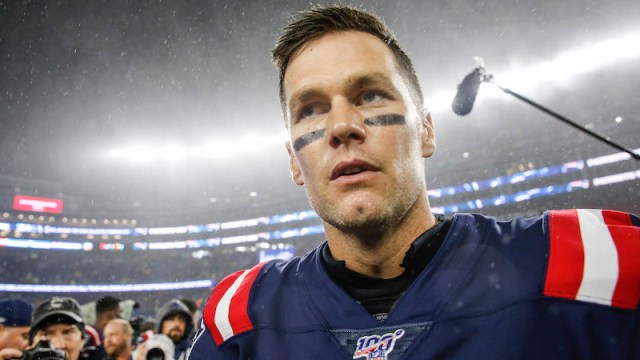 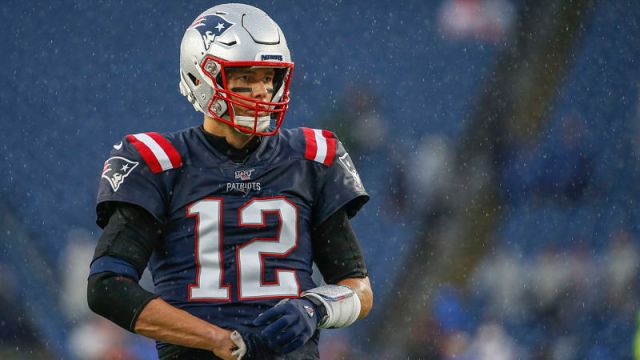