With Justin Bethel Aboard, Patriots Punts Will Be Must-See Television - NESN.com Skip to content

FOXBORO, Mass. — Between 2011 and 2016, only two NFL special teams players achieved first-team All-Pro status, as voted on by the Pro Football Writers Association.

They now both play for the New England Patriots.

One is Matthew Slater — All-Pro in 2011, 2012, 2014 and 2016 — the longtime Patriots team captain who’s widely considered one of the best special teamers in league history. The other is Justin Bethel (2013 and 2015), the former Arizona Cardinals standout who signed with the Patriots on Wednesday.

How talented is Bethel, who spent 2018 with the Atlanta Falcons and the start of this season with the Baltimore Ravens? Ravens John Harbaugh coach called the 29-year-old “the best special teams player in the NFL” earlier this week — and that was after the team had released him.

"Justin Bethel, unfortunately had to be released." pic.twitter.com/A9b3GH6Z4i

Slater and Bethel both play in multiple phases of the kicking game, but they’re best known for their work as punt gunners, the speedsters tasked with sprinting downfield and preventing opposing returners from staging successful runbacks.

Having that duo on the field together? Along with big-legged rookie punter Jake Bailey, who took just three weeks to earn his first AFC Special Teams Player of the Week honor? Have fun facing that.

“I?m really excited about playing with him,” said Slater, who often faces double teams when covering Patriots punts. “(He?s) a guy that I?ve looked at for a lot of years and tried to steal things from his game. I think he?s as good a player as we?ve seen in this league over the last decade, so any time you can add a guy like that and play opposite him, it?s a good thing. It?ll take some heat off me and put it on him.”

Slater didn’t know Bethel well personally before the latter arrived in New England, but they’d developed what Slater called “a good professional relationship.” He’s watched Bethel smother return men and block kicks (he has four of those in his career) since the Presbyterian College product entered the NFL in 2012.

“I think he?s excited to be here,” the seven-time Pro Bowler said. “We?re thrilled to have him, and I know he?s going to do his best to make sure he?s caught up to speed. And when he gets out there on Sunday, that?s Justin Bethel, so you?ve got to account for him.”

Bethel has ranked in the top three in the NFL in special teams tackles in five of his six full seasons, tying for second in 2018 with 12. When he hit the open market on Monday, the Patriots pounced, hosting him for a free agent workout the following day and swiftly agreeing to terms on a contract. He replaced a less-heralded special teamer, Jordan Richards, on New England’s 53-man roster and should be active Sunday when the Patriots host the Cleveland Browns.

Slater, whose pressure helped force a muffed punt late in Monday’s win over the New York Jets, lauded Bethel’s “physical traits” when explaining what makes his new teammate such a weapon in the kicking game.

“Obviously, he can run,” Slater said. “He can flat-out run. But I think he?s got great quickness, and he really knows how to play to his strengths. The way he plays is the way he plays, and he?s mastered the way he plays. I think he?s got a good, sound mind for the game. You can kind of already tell that sitting around him in the meeting room today, and I think obviously, the aggressive nature is there. He likes contact and (isn?t) afraid to throw his body in there.

“You add all those things up, and what you?ve got is one of the best players we?ve seen at that position in the last decade.” 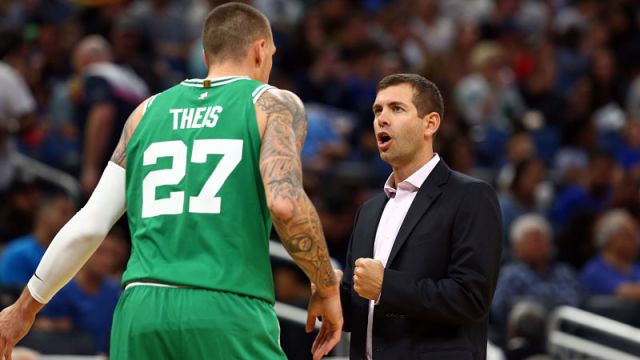 Celtics Forced To Turn To Young Frontcourt With Enes Kanter Out Vs. Raptors 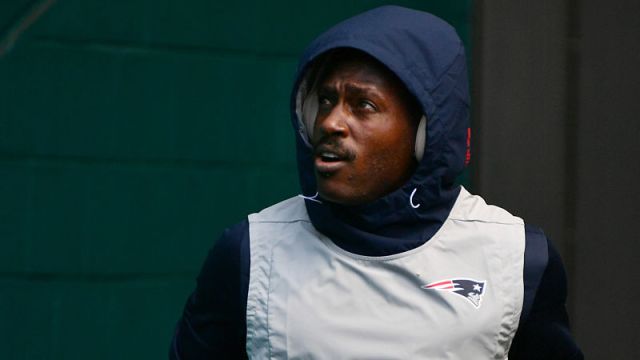