After enjoying a much-needed weekend off, the New England Patriots will get back to work Monday as they kick off the unofficial second half of their 2019 schedule.

Here are seven questions facing the 8-1 Patriots as they return from their bye week:

1. How will the Patriots fare against legit competition?
The opponents New England faced over the first eight weeks of the season currently are a combined 21-43. Take out the Buffalo Bills (6-3) and the Pittsburgh Steelers (5-4), and that collective record nosedives to 10-36. Unsurprisingly, the Patriots went 8-0 during that span, with only the Bills losing by fewer than 14 points. The starting quarterbacks New England faced: Ben Roethlisberger, Ryan Fitzpatrick, Luke Falk, Josh Allen, Colt McCoy, Daniel Jones, Sam Darnold, Baker Mayfield.

Then came Week 9, against a Baltimore Ravens team that entered as the AFC North front-runner at 5-2 and boasted a legitimate threat behind center in Lamar Jackson. The Patriots lost that game 37-20, and their upcoming schedule features a string of similarly formidable matchups. New England’s next four games are against Carson Wentz and the Philadelphia Eagles, Dak Prescott and the Dallas Cowboys, Deshaun Watson and the Houston Texans and Patrick Mahomes and the Kansas City Chiefs. There’s also one more meeting with the defensively stout Bills tucked in between late-season gimmes against the Cincinnati Bengals and Miami Dolphins.

2. When will we see N’Keal Harry, and what kind of role will he have?
Harry is back on the 53-man roster after an eight-week spell on injured reserve, but we’ve still yet to see the first-round draft pick take the field in a regular-season game. The rookie receiver was a healthy scratch in Baltimore, postponing the date of his NFL debut. In an ideal world, Harry would assert himself as the Patriots’ starting “X” receiver by the end of the season — his 6-foot-4, 225-pound frame and eye-popping contested-catch ability make him a natural fit for that spot — but it’s tough to make any grand proclamations about the 21-year-old’s potential until we see him in action.

Quarterback Tom Brady has lacked enthusiasm when discussing New England’s rookie receivers (Harry, Jakobi Meyers and Gunner Olszewski) this season, and Harry still has ground to make up after missing 10 weeks of practice at a critical time in his NFL development. It’s not yet clear whether the team plans to have him active for Sunday’s matchup with the Eagles.

3. Is the running game salvageable?
Dolphins, Bengals, Jets. Those teams — three of the worst in the NFL — are the only ones averaging fewer yards per carry than the Patriots this season. Down several key members from last year’s power-rushing attack (James Develin, Rob Gronkowski, Trent Brown, Dwayne Allen), New England has struggled to move the ball on the ground, ranking 29th in yards per carry, 23rd in rushing yards per game and 19th in Football Outsiders’ rushing offense DVOA. Sony Michel has endured a disappointing sophomore season — his 3.3 yards-per-rush average ranks 40th among 44 qualified ball-carriers — and the offensive line has taken a step back after bullying opponents down the stretch in 2018.

Left tackle Isaiah Wynn’s potential return from IR next week should help in that regard, but no one player has been responsible for these struggles. The blocking hasn’t been great — right guard Shaq Mason has been oddly ineffective this season — but Michel must do a better job of eliminating negative plays, as well. If his numbers don’t improve, we could see an increase in carries for James White, who had nine to Michel’s four against the Ravens.

4. Is the run defense a real issue?
The Patriots’ pass rush and pass coverage have been exceptional this season, but they’ve looked shaky against the run of late. In the last two games, they’ve allowed 159 rushing yards to Nick Chubb and the Cleveland Browns (7.2 per carry) and 210 to Jackson, Mark Ingram and the Ravens (5.1 per carry). New England entered this past weekend ranked 12th in rushing yards allowed per game, 24th in yards allowed per carry and 13th in run defense DVOA.

The Patriots won’t see another rushing attack as potent as the Ravens’ unless those teams meet again in the playoffs, but the Cowboys (Ezekiel Elliott), Texans (Carlos Hyde, Watson) and Eagles (Jordan Howard) all have above-average ground games.

5. Can Julian Edelman keep this up?
In the five games leading up to New England’s bye week, Edelman was one of the NFL’s most prolific receivers. He led the league in targets (58) during that span, was tied for second in catches (42) behind DeAndre Hopkins and ranked fifth in receiving yards (437) behind Michael Thomas, Stefon Diggs, Mike Evans and Tyler Lockett. He’s been the Patriots’ top pass-catching option by a mile this season despite dealing with chest and shoulder injuries that have limited him in more than half of the team’s practices.

Is that level of production sustainable for a 33-year-old whose style of play leaves him particularly susceptible to big hits? Edelman has proven over the course of his career that he can handle that type of workload, but a more equitable target share would help keep him fresh for the playoffs.

6. What is Mohamed Sanu’s ceiling?
Sanu is a perfect fit for Josh McDaniels’ Patriots offense, and it didn’t take the veteran receiver long to find his groove in New England. Sanu tied his career high with 10 catches on 14 targets for 81 yards and a touchdown against the Ravens in just his second game in a Patriots uniform. Expect his role to continue to increase as his connection with Brady grows stronger.

“He?s done everything we could expect and more,” Brady said last week on “Patriots All-Access.” “… We’re definitely going to have some fun working together the second half of the year.”

7. Is Nick Folk the answer at kicker?
The Patriots weren’t in position to attempt any long field goals during Folk’s debut — his only two attempts were from 19 and 22 yards, and he made both — so it’s not yet clear whether the team will have more faith in him than it had in Mike Nugent, who lasted just four games before being cut. If Folk, who had been out of the NFL since 2017, can’t be at least moderately reliable from beyond 40 yards, we could see Bill Belichick pull the trigger on yet another kicker change before the postseason arrives. 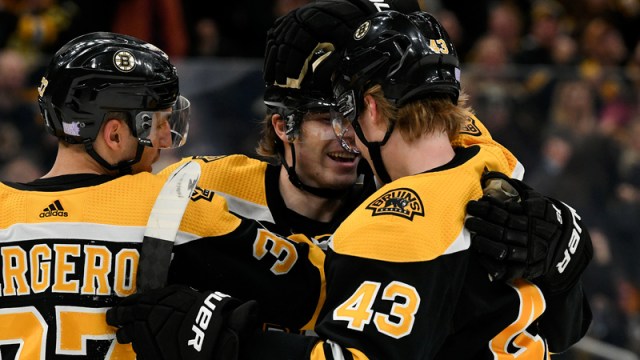 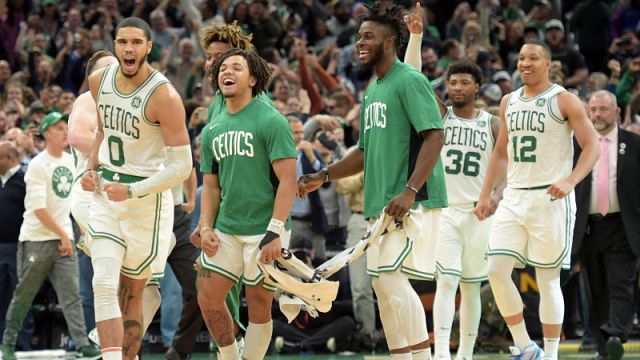