Gordon Hayward’s career took a turn for the worse in Cleveland on Oct. 17, 2017, but it was a much different story at Rocket Mortgage FieldHouse on Tuesday night in the Boston Celtics’ 119-113 win.

Hayward went off for 39 points on 17-of-20 shooting, tying his career-high to go along with eight assists and seven rebounds. It was a tremendous showing that etched his name into various pages of NBA and Celtics history thanks to his efficiency.

The 29-year-old was 16-of-16 from inside the arc on the same floor he broke his ankle on just two years ago. The same floor where he watched his career flash before his eyes. He didn’t play into that narrative following the win, but the location of Tuesday’s performance certainly is worth noting, and simply put, it’s pretty cool.

“No, just felt sweet that we got the win,” Hayward said when asked if the location held any significance, per NBC Sports Boston. “Would’ve been a tough one to lose, leading the whole game. … Proud that we found a way to win again. Wish we would’ve closed it out better, I think there’s lots of things we can improve on.”

As for being the first player to 16-for-16 inside the arc in the 3-point era, well, let’s just say Hayward isn’t one for stats.

“Seems like a pointless stat to me,” Hayward said with a smile. “Yeah, it was a good night. Maybe I shouldn’t have shot those threes then, kept shooting those twos.”

Head coach Brad Stevens downplayed the performance a bit. After all, he’s been saying all along that Hayward has been back to his old self for quite some time now.

“He was really good late in the year last year,” Stevens said. “Probably that last month, prior to the Milwaukee series, I thought he was really good. … He’ll get a lot of the praise tonight, and deservedly so. He was excellent on offense. … We had a lot of guys contribute in a lot of different ways. It’s hard to win.”

Here are some other notes from Tuesday’s Cavaliers-Celtics game:

— Hayward’s career night was record-setting in a variety of ways, so let’s go through them.

He became the 10th perimeter player in NBA history to make 17 shots on at least 85% shooting, per Basketball Reference. He joined Klay Thompson, Clyde Drexler and George Gervin, amongst others, on that list.

Hayward is the first Celtic with at least 34 points, seven assists and a shooting percentage of 80 percent or higher since Larry Bird did so in 1984, and the first Celtic since 1978 with 35-plus points on 85 percent shooting or better, per NBC Sports Boston’s Abby Chin. He’s also the first NBA player with at least 39 points, eight assists and a shooting percentage of at least 85 percent since Gail Goodrich in 1973.

— As Hayward took the headlines, Kemba Walker quietly was tremendous once again.

The point guard scored 25 points on 8-of-19 shooting with eight rebounds in 33 minutes. Its the fifth straight 20-plus point effort for Walker, three of which came in the form of 32-plus point outings. He’s averaging 26 points, 5.7 rebounds and 3.7 assists on 40.4 percent shooting in Boston’s first six games. The Celtics knew they were getting a reliable scorer in Walker, but it’s good to see him providing just that early on.

Theis posted a career-high five blocks against the Cavaliers, just one game after collecting four in the Celtics’ win over the New York Knicks.

Despite his size, he’s quickly becoming a consistent presence underneath, something Boston desperately needs on the defensive end (and even more so without Enes Kanter). In 21.9 minutes per game, Theis is averaging five points, 6.6. rebounds and 2.6 blocks. His consistency, however, is completely invaluable for Boston moving forward. 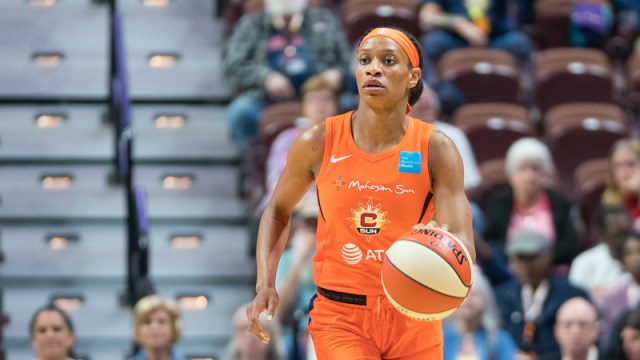 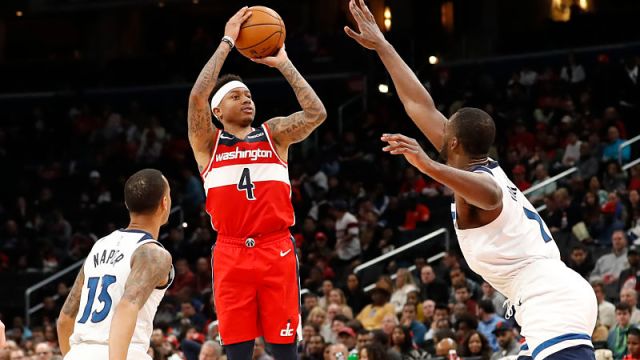