The Boston Celtics defeated the Charlotte Hornets 108-87 in Kemba Walker’s return to his former home Thursday, but despite the All-Star serving as the focal point of the night, one Celtic managed to quietly stick out.

Javonte Green played 12 minutes in the win, collecting his first regular-season NBA field goal en route to a 12-point effort on 5-of-9 shooting. The line may not jump off the page at you, but for a team that’s struggled to find any sort of bench scoring through its first seven games, the 6-foot-4 wing could fill a serious need.

Entering Thursday’s matchup with the Hornets, the Celtics ranked 30th in the NBA in bench scoring. Sure, some of that has to do with Jaylen Brown’s three-game absence and Enes Kanter missing six consecutive contests, but at some point, the Celtics are going to need a consistent punch. Carsen Edwards will bring it on occasion, but that likely won’t be an every night occurrence throughout his rookie season. Grant Williams can give strong, smart minutes, but until he finds a consistent 3-point shot, he won’t be a serious scoring threat.

So, what about Green?

The 26-year-old rookie showcased his ridiculous athleticism during Las Vegas Summer League and Boston’s four preseason games, earning him the 15th and final roster spot at the conclusion of training camp. He did so again in Charlotte on Thursday, with a fourth-quarter fast break dunk being the notable play that comes to mind.

But it’s more than just athleticism and dunks. Green is a versatile wing who can defend multiple positions and score in bunches thanks to his constant energy. It’d certainly be interesting, and likely worthwhile, to see Brad Stevens replace Semi Ojeleye with Green against a higher-quality opponent.

There have been a multitude of positives across the Celtics’ six-game winning streak, but the bench has not been one of them. So why not give Green a chance? At worst, you’ll probably get a highlight-worthy dunk.

Here are some other notes from Thursday’s Hornets-Celtics game:

— Walker struggled out of the gates in his return to Spectrum Center, going 0-for-6 in the first half. But it wasn’t much better for his replacement, former Celtics point guard Terry Rozier.

Rozier also went 0-for-6 from the floor over the first two quarters against the C’s. Although the two guards followed similar first-half paths, they veered apart after the break. Walker went on to knock down three third-quarter 3-pointers, which helped him find some rhythm en route to a 14-point, six-assist night. Rozier ultimately shot 1-for-11, totaling just three points and four turnovers in an ugly outing.

— Marcus Smart was not happy with the officials Thursday night. He seemed pretty heated throughout the second half, going at it with Miles Bridges after the second-year forward gave Smart a shove following a rebound. According to the guard, there’s a “double standard” surrounding his fouls.

Marcus Smart said he feels like there?s a double standard when it comes to his fouls. Says he was getting picked at the whole game and he told the officials, ?If you don?t handle this, I will.?

“If the officials won’t protect me, I gotta protect myself,” Smart said, as seen on NBC Sports Boston’s postgame coverage.

— Boston’s perimeter starters continued to thrive in Charlotte. Walker, Gordon Hayward and Jayson Tatum entered Thursday night as the only three teammates in the NBA averaging 20-plus points. And while Walker didn’t continue his scoring outbursts, Hayward and Tatum were solid once again.

Hayward came out of the gates hot, posting 14 points, four rebounds and three assists in 10 first-quarter minutes. He’d finish with 20 points, his third 20-point performance in Boston’s last three games. The 29-year-old added 10 rebounds to collect his second double-double of the season.

Tatum went for 23 points and nine rebounds, which was his third 20-point effort in the last three games as well. He’s proven, like Hayward, to be a consistent, reliable scorer over the Celtics’ first seven games, which is a welcomed sign for Stevens and Co. 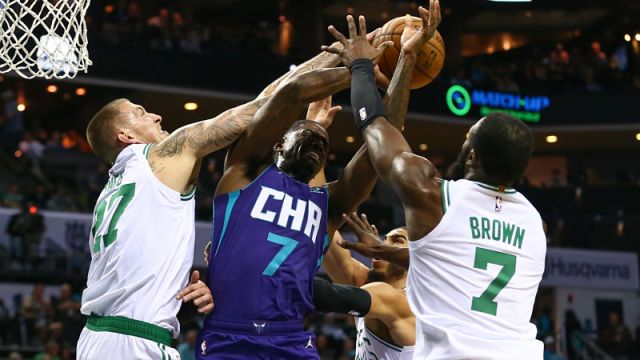 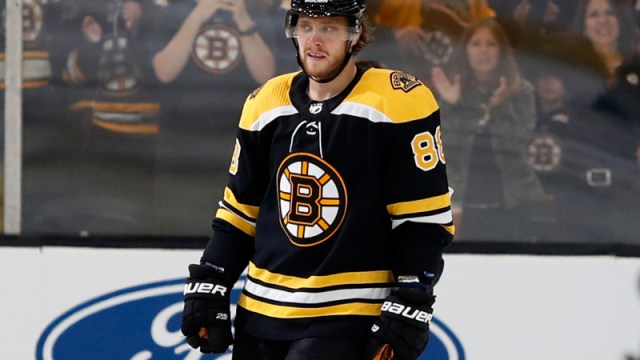