If you’re a college sports fan, you’ll want to tune in to the NESN networks this weekend for an extra special lineup of games.

It all starts Friday morning with a men’s Hockey East matchup to kick off the “Friendship Four” tournament in Belfast, Northern Ireland, as No. 12 Northeastern will face New Hampshire. Then, later in the day, NESN viewers can watch as Colgate and Princeton face off in a tourney game featuring two ECAC teams.

This sets the stage for a stateside matchup between No. 9 Harvard and No. 14 Boston College, beginning at 4:30 p.m. ET.

Next up is a stacked Saturday, headlined by the continuation of the “Friendship Four” tournament. Both the third-place game and the championship game will broadcast live on NESN networks.

Saturday night’s action will feature Ivy League men’s basketball, as Navy takes on Brown. It then will be back to hockey, with Quinnipiac facing No. 10 UMass.

Sunday will give college fans one more day to celebrate their fandom, with two women’s Ivy League basketball games on tap. Holy Cross takes on Brown, and then Vermont goes head-to-head with Yale. 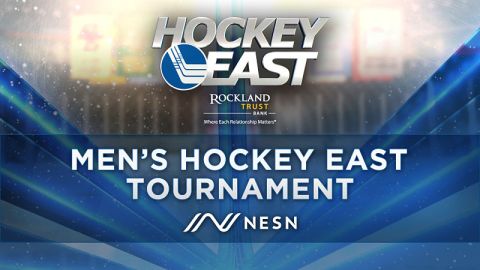 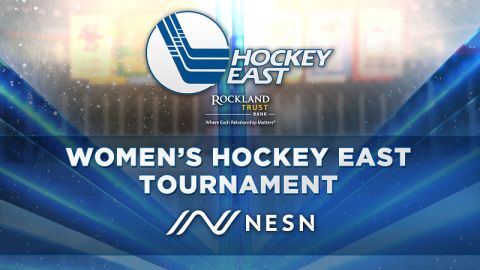 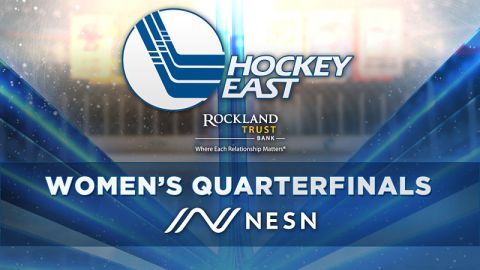 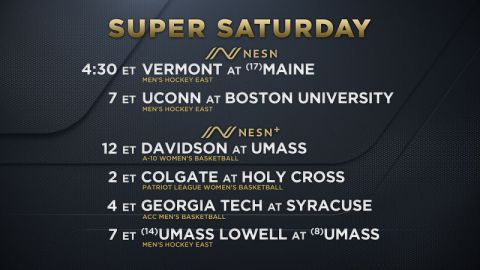