From Brad Marchand To Joe Thornton, Chirping Comes In All Shapes, Sizes - NESN.com Skip to content

Hockey: It’s passionate. It’s physical. And boy, is it feisty.

And what better encompasses those three traits than a little trash-talking — otherwise known as “chirping.”

From friendly fire to frustration-fueled rants, chirping comes in all shapes and sizes in the NHL. After all, it’s a big part of the game.

Boston Bruins star Brad Marchand is no stranger to the art of chirping. You might even say his game’s been bred that way.

“It?s kind of what we all did growing up, myself, my buddies, my teammates,” Marchand said, per The Athletic’s Sean Gordon. “I don?t know if it was the way our generation grew up and it was part of our team. That?s how our whole team grew up playing. It was natural and something I enjoyed doing.”

When Marchand first joined the Bruins, the 5-foot-9 winger found himself on the team’s fourth line and needed a way to stand out. So, he got gritty and used his words to his advantage.

But it’s not just opponents that chirp at each other. Teammates will do it, too. But according to San Jose Sharks center Joe Thornton, its all in good fun.

“I think it keeps it light on the ice, I think it’s a great part of the game,” he said, per Gordon. “In fact, I don’t mind doing it myself a little.”

Those who are familiar with Thornton know trash-talking isn’t his shtick whatsoever. That doesn’t mean, however, that he doesn’t enjoy taking friendly jabs at his buddies, nor does it mean he won’t have a word or two for someone who rubs him the wrong way.

Because when it comes to chirping, it’s all on a spectrum.

Check out The Athletic’s full report >>> 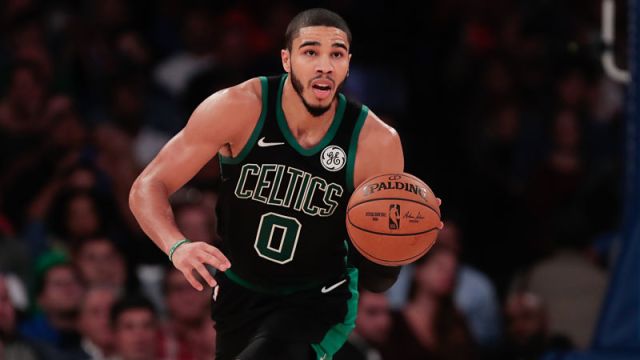