Is Rich Hill-Red Sox Reunion Possible This Winter? Why It Makes Sense For Boston - NESN.com Skip to content

The Boston Red Sox have not swayed regarding their stated goal to get under the luxury tax threshold this winter, which will make addressing some of the team’s biggest deficiencies tricky.

That means new chief baseball officer Chaim Bloom might have to get creative in how he augments the club’s pricey roster. One of the most pressing needs is to improve the pitching staff — specifically the starting rotation — despite the usually high prices to do so in both the trade and free-agent markets.

One potential option for the Red Sox is a reunion with Milton, Mass., native and former Boston southpaw Rich Hill. The 39-year-old might come relatively cheap after an injury-plagued 2019 season, and ESPN’s Buster Olney sees an obvious fit with his hometown team.

“I’d bet the family farm he will wind up with the Red Sox. He’s 39 and isn’t in a position to get a lucrative long-term deal, and grew up just outside of Boston, where lives in the offseason. The Red Sox need inexpensive rotation depth given the questions that hover over Chris Sale, David Price and Nathan Eovaldi, and in a year in which the Red Sox are trying to reduce payroll, Hill and the Red Sox could fit each other.”

When healthy, Hill was very good last season. In 13 starts, he posted a 4-1 record with a 2.45 ERA, striking out 72 batters in 58 2/3 innings. He might have benefited from some good fortune — his 4.10 FIP was nearly two runs higher than his ERA — but he’s proven to be a valuable piece if he can stay on the field.

Hill likely is very comfortable with the Red Sox organization, too. He resurrected his career as a 35-year-old journeyman in 2015, when he struck out 36 batters in just 29 innings over four appearances for the Sox. That was enough to convince the Oakland Athletics to give him a one-year, $6 million contract for 2016. He then parlayed that season, in which he was worth three wins above replacement, into a life-changing, three-year, $48 million contract.

Brian Bannister, who has worked his way up to vice president of baseball operations focused on pitching development in the Boston front office, is credited with helping Hill turn around his career. Bannister urged Hill to throw more curveballs in their short stint working together, and the results — Hill had a career 4.72 ERA before joining the Red Sox — speak for themselves. Coincidentally, it was Bannister who was able to get Hill to change his approach for the better.

“We talked about a different perspective of looking at pitching,? Hill told The Boston Globe’s Alex Speier in 2016. “I remember it clearly. We talked for a good hour, hour and a half the first day. It was so refreshing, talking about shaping pitches, shaping the breaking ball. We talked about other pitchers — Zack Greinke, Clayton Kershaw — specifically about how they can shape their different breaking balls that they throw.”

Bannister was able to get Hill to approach pitching from an entirely different perspective.

“If you talk about pitching as a standard, we talk about fastball and location. We don?t talk about changing speeds on our fastball really. It didn?t really click for me until talking to Brian,” he told Speier. “He gave me the freedom of creativity. That?s the best way I can put it. My creativity went through the roof after these conversations.”

As far as money goes, MLB Trade Rumors predicts Hill will land a one-year, $6 million deal this winter. Their predictions have him returning to the Dodgers, but Boston is listed as a possible destination, too.

We’ll have to wait and see whether a reunion is as likely as Olney believes, but it’s sure hard to argue it’s not worth a shot for the Red Sox — and Hill. 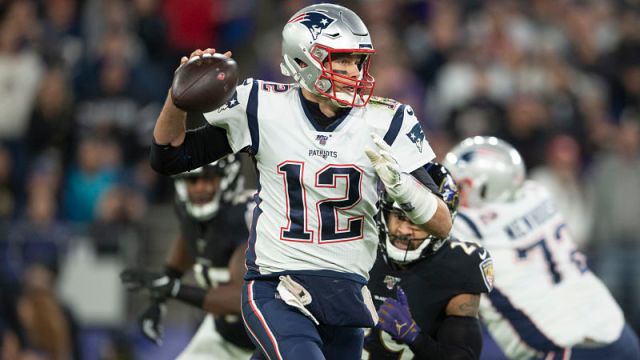 NFL Playoff Picture: Where Do Patriots Stand After Loss To Ravens? 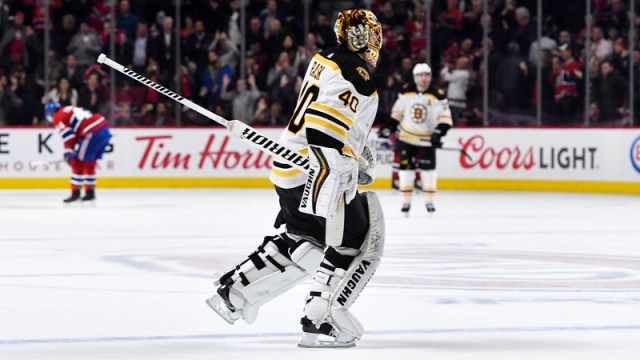