The New England Patriots made a move that was surprising to fans just weeks ago, and it appears the player who got let go had a similar reaction as well.

When the Patriots placed Josh Gordon on injured reserve and then proceeded to waive him, fans were left stunned. Now, the new Seattle Seahawks wide receiver says his feelings were along the same lines.

Gordon admitted to the Seattle Times’ Bob Condotta that the decision surprised him, but that he understands the business side of things

“But we all know it’s a business,” Gordon said. “Your time can be short-lived anywhere. You never know what could happen day to day in the NFL. But that was the decision they made and I?m glad to be here now, though.”

Certainly a response that reflects “The Patriot Way” from Gordon, who now gets to play with his friend and MVP-candidate, Russell Wilson, in Seattle. 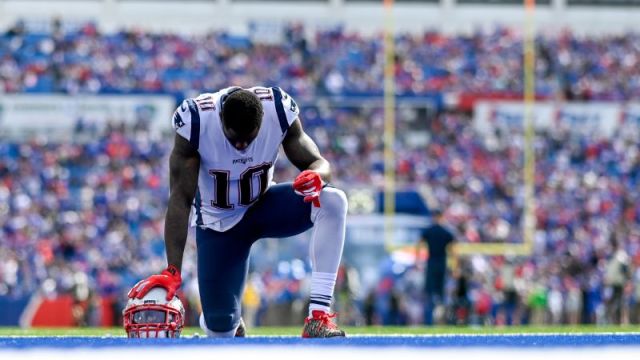