You didn’t need an early November game against the Cleveland Cavaliers to prove to you that Marcus Smart is one of the best defenders in the NBA. What he did last week against Giannis Antetokounmpo really is all the proof you need.

Nevertheless, the Boston Celtics’ win over the Cavs offered the latest evidence of why Smart is so unlike most guards in the league.

The 6-foot-4 Smart pestered the 6-foot-10 Kevin Love throughout Tuesday night’s game at Rocket Mortgage FieldHouse, guarding the star center 61 percent of the time over 31 possessions, per Barstool Sports’ Dan Greenberg. Love, who finished the game with 17 points, only scored eight points when guarded by Smart. Of course, there were more than a few quintessential “Marcus Smart plays.”

However, it was a sequence in the fourth quarter that really stood out above the rest. While defending Love in the post, Smart waved off a double-team from Celtics center Daniel Theis, eventually forcing Love into an ugly miss. It was the kind of play only guards like Smart, Patrick Beverley, Ben Simmons and maybe Klay Thompson are capable of making.

After the game, Smart offered a blunt explanation for why he had zero fear of guarding Love 1-on-1.

Marcus Smart on waving off a double-team from Daniel Theis, and insisting on guarding Kevin Love alone: "?I?m such a great defender and believe in myself, so it?s about pride at that point. I call the double team off any chance I get. I can take care of myself.?

The 25-year-old clearly isn’t lacking for confidence — and nor should he. As for Love, he also sounded anything but surprised by Smart’s ability to shut down someone of his size.

“He’s tough. Especially in the first half, every time I was catching the ball they were coming into the double-team, so you have to find and make the right play,” Love said, via Basketball Insiders’ Spencer Davies. “But what they lack in size, they make up for in effort. … They’ll put (Smart) on the top player on every single team. He’ll guard LeBron (James), he’ll guard Giannis (Antetokounmpo), he’ll guard James Harden, he’ll guard Steph Curry. That’s what he gets paid to do.

“He’s really tough out there. He can guard anybody, one through five, and he’s a difference-maker for the team. … He does an unbelievable job every night.”

Smart is many things. Flopper, leader, heart-attack 3-point shooter and warrior all accurately describe the sixth-year pro, as does being labeled someone who just makes “winning plays,” whatever form they may take.

But Smart also always has been viewed by the Celtics and their fans as one of basketball’s most all-around gifted defenders, a belief that finally was validated when the Oklahoma State product was named to the 2018-19 NBA All-Defensive Team. And if performances like what we saw Tuesday night offer any indication, he is well on his way toward receiving the honor for the second consecutive season. 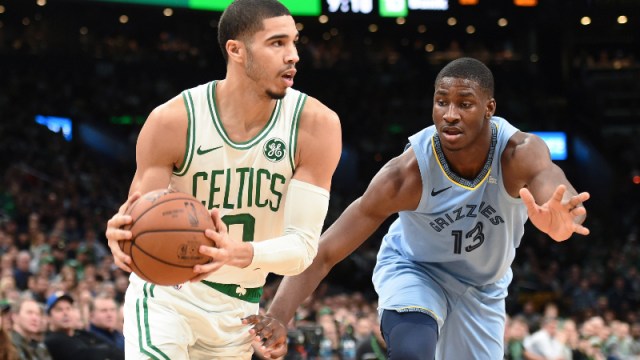 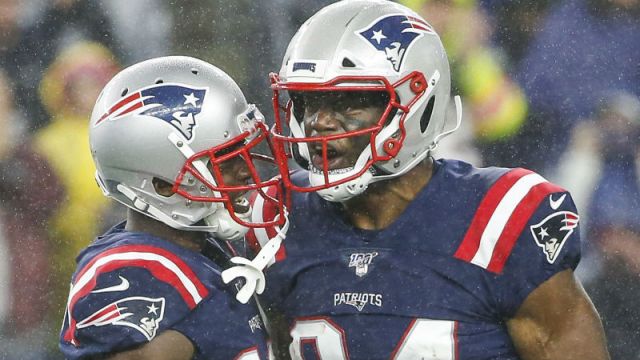