Michael Bennett Reveals What He Screamed At Cowboys After Bills Loss - NESN.com Skip to content

Michael Bennett had a message he wanted to get across to his teammates Thursday night.

The Dallas Cowboys, who have been a wildly under-performing bunch this season, especially lately, suffered an embarrassing Thanksgiving Day loss at home to the Buffalo Bills, falling 26-15.

After the game, defensive end Michael Bennett, who was traded to the Cowboys just before the trade deadline after a bumpy run with the New England Patriots, was heard screaming in the locker room at his teammates (which you can watch here).

Whatever he said was received well by the Cowboys, as evidenced by Dak Prescott’s reaction. In a story for the Dallas Morning News, Michael Gehlkin spoke to Bennett about what was said.

?The champions are the people that get remembered,? Bennett said to Gehlkin about what his message was. ?They don?t remember who got the biggest contract. A whole bunch of great players got great contracts, but they don?t get remembered as champions. Champions are the ones who get the gold plates and the jackets and they understand what it takes to win. That?s just a certain mind-set. That?s just a certain ability to play tough in adverse moments.?

Dallas will play next Thursday as well when they visit the Chicago Bears. 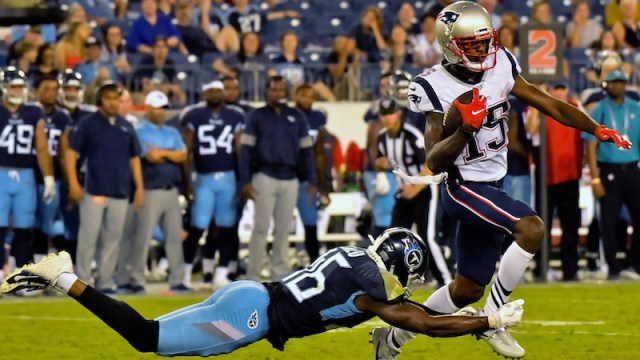