The NBC analyst marveled at the quarterback as the Baltimore Ravens built a 17-0 lead against the undefeated New England Patriots.

“I promise you, this is one of those moments in time when we’re going to think back in a few years and go, ‘Remember the night that Lamar Jackson and the Ravens’ style of offense took apart the Patriots?'” Collinsworth said. “We’re going to be able to point to quarterbacks in the National Football League that got a chance because of this night.”

In hindsight (and in the moment, quite frankly), that was just a little hyperbolic from Collinsworth. But Jackson and the Ravens were great Sunday night, handing the Patriots their first loss of the season and paving the way for a new No. 1 in the NESN.com NFL power rankings.

1. San Francisco 49ers (8-0, last week: 2): It wasn’t especially dominant, but the Niners found a way to get a road win in the division on a short week. If San Fran gets this kind of play from Jimmy Garoppolo — 78 percent completion rate, 128.2 passer rating over the last two weeks — they’ll be the clear-cut favorite in a loaded NFC.

2. New England Patriots (8-1, 1): The run defense is an issue, allowing 5.9 yards per carry the last two weeks. Things won’t get any easier after the bye with Philly’s two-headed run attack followed by Ezekiel Elliott and the Cowboys. But it’s obviously too early to fret in Foxboro after just one loss.

3. New Orleans Saints (7-1, 3): New Orleans should be a full-go out of the bye, and they’ll get a soft place to land with the lowly Atlanta Falcons coming to town. Sean Payton’s club has won its last three following an off week.

4. Baltimore Ravens (6-2, 7): Jackson and Co. just hung 37 points and 210 rushing yards on a supposedly historic defense. That’s impressive, not to mention potentially important depending on how seeding shakes out.

5. Kansas City Chiefs (6-3, 5): Andy Reid is a miracle worker, as long as the clock isn’t involved. Matt Moore has a 105.5 passer rating in two games replacing the injured Patrick Mahomes, and if he can squeeze out one more win Sunday in Nashville, the Chiefs will be sitting pretty if Mahomes returns for the Mexico City game.

6. Seattle Seahawks (7-2, 8): It’s not always pretty or easy with Pete Carroll’s crew, but when you have Russell Wilson (22 touchdowns, one interception!), you’re never out of it. A huge measuring-stick game next Monday night in San Francisco will tell us a lot about this team.

7. Green Bay Packers (7-2, 4): The honeymoon might be over in Green Bay, as the Packers have been gashed for 425 yards per game the last five weeks, while a date with Christian McCaffrey looms next week. They need to figure it out, too, given how fast you can fall in the NFC.

8. Minnesota Vikings (6-3, 5): The Vikings now are 0-10-1 with Kirk Cousins as their quarterback when they enter the fourth quarter trailing. They’re built to play with a lead, and since they weren’t able to put things away in Kansas City, they missed a chance to gain ground on the Packers.

9. Dallas Cowboys (5-3, 9): The Cowboys have turned their season around after a three-game losing streak and have won their last two games — each in the division — by a combined 46 points.

10. Houston Texans (6-3, 12): Real impressive win by the Texans, who went to London and dismantled the Jaguars on their “home” turf despite a handful of injuries. A well-deserved bye week is up before a huge stretch against Baltimore, Indianapolis and New England.

11. Philadelphia Eagles (5-4, 12): If Philly runs it well, it can play with anyone. In their three best wins of the season — at Green Bay, at Buffalo and Sunday vs. Chicago — the Eagles are averaging 180 yards on 36 rushes per game.

12. Los Angeles Rams (4-3, 10): Hard to remember a team retooling its secondary on the fly midseason, but that’s what the Rams have done by trading both Marcus Peters and Aqib Talib while bringing in Jalen Ramsey. The real question mark down the stretch, however, might be the offense.

13. Carolina Panthers (5-3, 14): Two bad games against Tampa Bay might cost McCaffrey the MVP, but’s been otherworldly against everyone else, as evidenced by his 166 yards of total offense vs. Tennesee. He should have another big day against the Packers’ reeling defense in a potential statement game for the Panthers.

14. Buffalo Bills (6-2, 15): If Buffalo can go into Cleveland and beat the reeling Browns this week, it will have a very clear path to 9-2 entering a Week 13 game at Dallas. We still won’t know how good the Bills actually are before then, of course, as their six wins now have come against teams who are a combined 9-42.

15. Indianapolis Colts (5-3, 11):  We probably were all too high on the Colts, and now water seems to be finding its level. Head coach Frank Reich has done a great job to keep his team competitive, but it’s going to get even tougher if Jacoby Brissett has to miss any time.

16. Oakland Raiders (4-4, 19): A huge game with the Chargers is up this week, but after that it’s the Bengals and the Jets. The Chargers still are very much alive in the playoff race behind an offense that has been a half-yard per play better than any other offense over the last three weeks.

17. Los Angeles Chargers (4-5, 20): The Chargers are gonna do that thing again, aren’t they? You know, the thing where they go on a mid- to late-season run to get into playoff contention. They looked like world-beaters Sunday, thoroughly dismantling the Packers.

18. Pittsburgh Steelers (4-4, 22): The Steelers have won four of five with that one loss coming in overtime to Baltimore. You think that Minka Fitzpatrick trade has worked out? Opposing QBs have a 74.6 passer rating vs. Pittsburgh since he came aboard, punctuated by his 96-yard interception return for a touchdown.

19. Detroit Lions (3-4-1, 17): There has been some unfortunate luck for the Lions this season, but at a certain point, maybe you make a stop? Supposed defensive genius Matt Patricia has seen his team get torched for 442 yards per game the last five games, and yeah, no kidding they’re 1-4 in those games, unlucky calls be damned.

20. Jacksonville Jaguars (4-5, 16): Not speaking as a jilted fantasy owner or anything, but Gardner Minshew was atrocious Sunday in London, and it couldn’t come at a worse time for him with Nick Foles likely ready to return after the bye week. The Super Bowl LII MVP has to get his job back at this point.

21. Tennessee Titans (4-5, 22): Let’s just take a line from Nashville newspaper The Tennesseean: “(The Titans) lack far too much to be great. They?re only occasionally good. Barring some dramatic change, this is not a playoff team.” Pretty much says it all.

24. Arizona Cardinals (3-5-1, 23): Get this: No team has turned the ball over less than the Cardinals this season, which is even more surprising given the double-rookie QB-coach combination of Kyler Murray and Kliff Kingsbury. There’s reason for optimism in the desert, despite the record.

25. Denver Broncos (3-6, 26): Denver’s defense quietly became what everyone expected: a top-five unit, at least according to DVOA. And hey, nice job by Brandon Allen (who?) in his first start as Broncos QB, doing just enough to help get by the Browns.

27. New York Giants (2-6, 27): Since coming in and leading the Giants to a Week 2 win in Tampa Bay, Daniel Jones has thrown eight picks, been sacked 21 times and fumbled seven times in the Giants’ 1-5 stretch. A crash course, indeed.

29. Washington Redskins (1-8, 29): Dwayne Haskins not turning it over despite it being his first career start, in Buffalo with cold weather and wind, might be the week’s biggest upset. 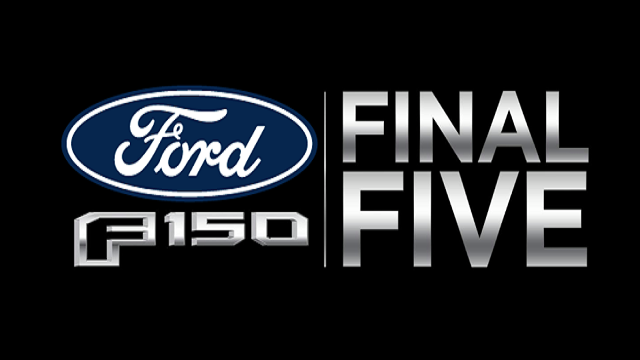 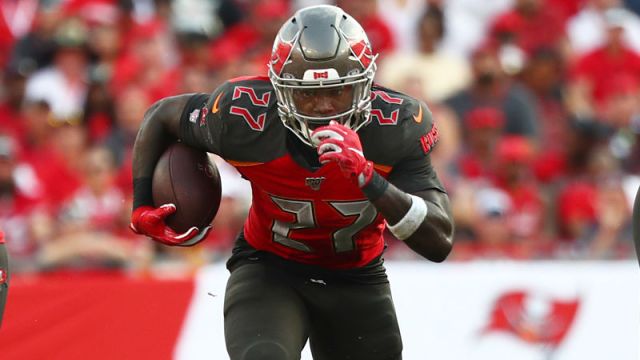